Home
TV News
Video Answers the Question “What if Baby Yoda was a Cat?” 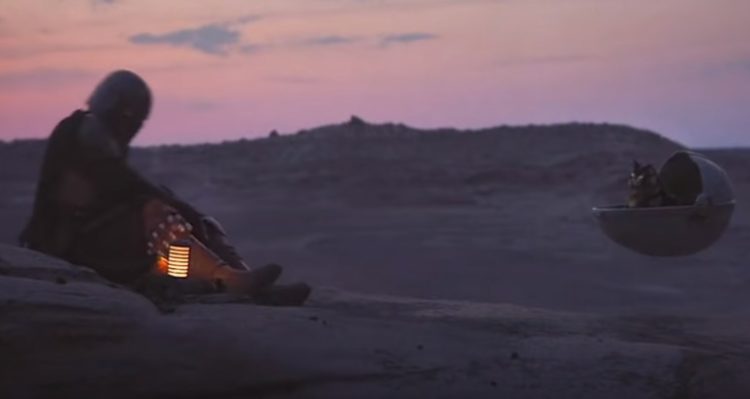 Yeah, out of all the possible memes and jokes that can be made about Baby Yoda, switching him for OwlKitty probably is the least likely bit to favor the Mandalorian, largely because, well, cat’s tend to do what they want and don’t listen all that well. Or rather, they listen and they don’t care because they want to do something and they’re GOING to do it. After fully admitting that I’m not a cat person, this video becomes a bit of frustration since having lived with cats in the past it’s more than a little accurate. To those cat lovers that might read this, I’m sorry but I’m not since quite honestly cats are in some cases just born to create mischief, much as dogs are but in a much more purposeful way. Dogs are just as destructive but are quite a bit more playful in the doing, while cats tend to be driven in their goals to be as annoying and as inconvenient as possible. You might say all cats aren’t like that, and you’d be right, but typically a cat will be up for more quiet mischief than a dog.

Now imagine if the Mandalorian had been forced to take on a cat instead of Baby Yoda, and the mayhem that would have possibly ensued. The fight with the Mudhorn would have been quite different since obviously the cat wouldn’t be trying to stop it given that cats aren’t always up for doing things that they don’t think pertain to them. In a big way it almost feels as though the Mandalorian would be better off ditching the cat with the Imperials rather than coming back for the feline as he did with Baby Yoda. I won’t say cats are evil, but they’re certainly complicated enough for many people to think twice about owning one. For those that have affectionate and loving cats, this still goes for your feline since beneath that calm and lovable facade there is a cool and calculating mind that’s bound to think about what kind of trouble they can get into while at the same time reminding you that YOU don’t own THEM, THEY own YOU. The continual debate between cat and dog people goes on and on with a lot of compromise and a lot of conjecture concerning which species is more lovable and which is more likable, since cats are typically quite independent and could easily survive without humans, while dogs are thought to be a lot friendlier and apt to depend on human kindness. Make no mistake about it, dogs can survive on their own, but between them and cats they’re likely to be the first to reach out to humans. Amy Flowers of WebMD has more to say on this.

Now, Baby Yoda being a cat is a highly subjective idea since anyone that sees this might say one thing or another as to what they might do if they were the Mandalorian. Some people would leave the cat, some people would adopt it, and others would deliver the bounty and have done with. The trick here is divining just who’s a cat person and who’s not. As a non-cat person the thought of a cat having the use of the Force brings to mind the dark side in a big way. Cats tend to think of their needs first and foremost, or so it’s been seen among a lot of people and a lot of felines, and as a result it does feel as though cats might actually lean more to the dark side if they had use of the Force than not. Their wants, their desires, would come first, and heaven forbid if an owner got the right kind of food, they might find themselves on the wrong side of a Force choke. If you’re not getting the point, yes, I do believe that cats are more inclined to be quite selfish and even a little evil, and no I’m not going to apologize for being a dog person who’s had cats and seen firsthand just how nasty they can get.

Thankfully Baby Yoda ISN’T a cat and is a little cuter and a lot more well-behaved despite the few times, okay several times, that he’s managed to get out of his carrier and cause the Mandalorian a bit of worry. He has helped a bit though and he has become something of an oddity to fans as they continue to try and figure out just where he fits in the whole Star Wars scheme and how it will be explained what’s going to happen to him in the coming episodes. I’ve said it a few times at this point but I’ll keep saying it, his story doesn’t seem to lead anywhere but to exile or something insanely dark that could be inspirational if it’s played right but still downright sad. Bethonie Butler of The Washington Post has her own take on Baby Yoda.