Talk about your rude awakening! In this spoilery clip from this week’s episode of Smallville, Metallo, John Corben (Brian Austin Green) wakes up on an operating table to discover he is the recipient of some unwanted ‘improvements.’

At first, Corben is shocked. Once he realizes he has super powers, though, Metallo is hell bent to go face to face with the red-blue-blur, AKA Clark Kent. Something tells me he won’t be very successful. Call it a hunch. 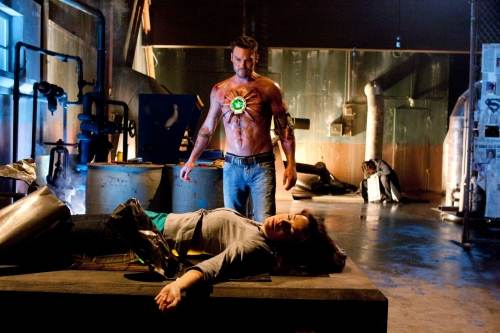 BRIAN AUSTIN GREEN (‘TERMINATOR: THE SARAH CONNOR CHRONICLES’) CONTINUES HIS ROLE AS JOHN CORBEN – After being struck by a truck, John Corben (guest star Brian Austin Green) wakes up alone in an abandoned apartment as a man-machine with a Kryptonite heart. Corben realizes he now has superhuman strength and sets out to exact revenge on the Red-Blue Blur, who he perceives to be an irresponsible vigilante. Against Clark’s (Tom Welling) wishes, Lois (Erica Durance) involves herself in the Red-Blue Blur’s investigation, and winds up getting kidnapped by Corben. Marizee Almas directed the episode written by Don Whitehead & Holly Henderson 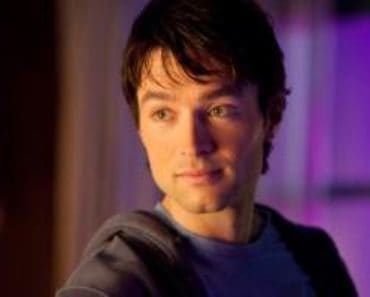