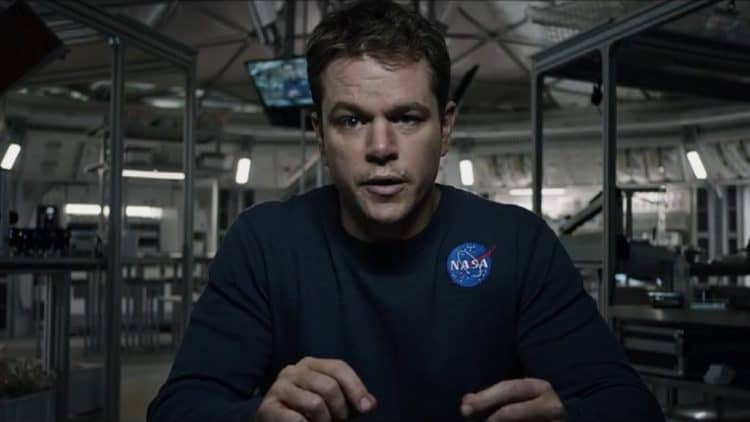 It’s kind of fun when people try to theorize how movies or characters are connected. This video from ScreenRant makes it possible to maybe, just MAYBE, believe that every Matt Damon role is connected somehow. The only problem with this is the word ‘every’ since there are a few that could possibly be connected as it’s shown and could possibly see him progress quickly through one role after another, but ScreenRant might need to take a backseat on the ‘best theories’ idea just for this one since they don’t really find any steady ground to stand on. So yes, Good Will Hunting to Jason Bourne to The Martian to Interstellar is a decent enough hook since it can be shown as the kind of progression that could make sense in a way that people could get behind. But the moment that this line attempts to venture out towards any other movie he’s ever done it falls apart in a big way unless we use a lot of magic duct tape and movie magic that is used so often to revive interest in one movie or another. The theory presented does make some kind of odd but worthwhile sense considering that it’s a theory and not a concrete idea that anyone is thinking of cooking up just yet.

But, I know this is being picky, there’s that word ‘every’ again. If Good Will Hunting, Jason Bourne, The Martian, and Interstellar were the only movies that Matt Damon had ever been in this would make a lot of sense considering that it would tie them together in a rather haphazard way since there are still a lot of holes to deal with, but it could work largely because there would likely be enough people that would want it to work since it’s Matt Damon. That’s about all it takes unfortunately these days is people wanting something far out there and beyond imagining, as far out of the box as it can go. Of course if we’re going by what fans want then we’re already off course since despite the fact that some of them have a pretty good idea of what they want and what could work, there are simply too many that would take a group of movies and toss them in a metaphorical blender if they could to see what came out. Michael May of CBR has more to say on this subject. It’s not the worst idea in the world since it does appear that this what some writing groups do to create a screenplay, but at the same time it’s a level of random that could sink Hollywood if it were allowed to continue.

The theories that come from one source after another at times are interesting without any doubt since they do bring up very intriguing points that a lot of people might not look at full-on given that a lot of folks will watch a movie for what it is and not give it a second thought once they’re done other than to comment on it. But when looking at the smaller details that exist and that could possibly tie different movies together it is fun to see just how it might work and how it would mesh in a way that could be fixed up nicely if someone had the nerve to try. It’s not likely that we’ll see such a thing in our time since the rights to each movie are often tied up with different companies and trying to get the right permission tends to be a waking headache that no studio exec wants to deal with. But it’s still worth thinking about if only for a trial run to see if it would work. To think that a tough Southie kid like Will Hunting could become a well-renowned assassin and then a top-notch scientist on top of that before becoming an old man is kind of a stretch since despite being super-intelligent Will is still a young man that has a lot of issues and after his stint as Jason Bourne, following this line of thinking, he’d have even more mental trauma to deal with. Thinking that he would prove as mentally resilient and tough as he needed to be in order to push ahead and become a stable individual, more or less, is kind of hard to conceptualize since at this point the realism would really be going off the rails and there would be people chiming in about it across multiple networks.

This idea isn’t horrible since it does have a slight bit of merit and it does flow just well enough to make a decent story if it someone patched it up and smoothed it out in the right places. But like I said, the moment someone tosses in something like Stuck On You or The Talented Mr. Ripley things might fall apart rather quickly.