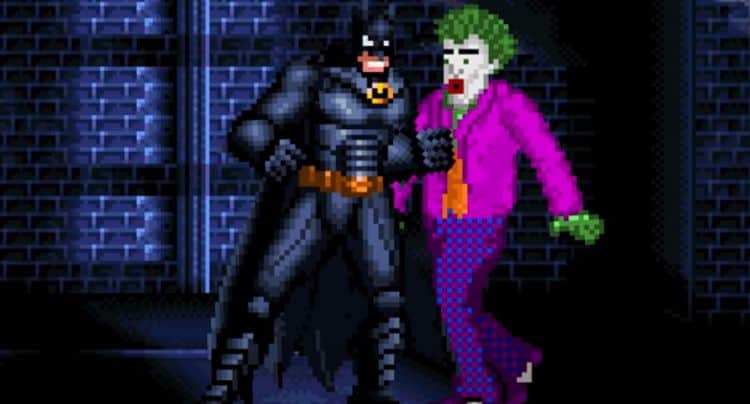 So what side of the mask issue would you say Dorkly stands on? It’s pretty obvious why Batman would be horrible during the pandemic, as he might not always have to, but he usually gets up in the face of every villain he squares off against, and he usually does this without a face mask on. But to be fair the rest of the time his social distancing skills are on point since he doesn’t always fraternize with other heroes and he does tend to keep his distance from a lot of people. As for the Joker, well, you’d think that the pandemic might play right into his crazed hands since he’d likely have a way to keep himself safe while still doing the dirt that he always does. Plus, the indication that criminals are about to care that much about the pandemic when it comes to doing what they want is kind of silly since this might be an opportune time given that cops are currently fighting an entirely bigger battle when it comes to protesters and being able to do their job and so on and so forth. Oh yes, there’s a lot of commentary in this simple little cartoon, but that’s kind of why they’re important these days since seeing all this stuff through the varied lenses of pop culture is what makes it funny and a little more bearable.

Batman and the Joker would likely still be at war with the pandemic on, but where the Joker might be reveling in the idea of creating as much chaos as possible, Batman might actually be the responsible one, and he might even be searching for a way to beat the pandemic since….he’s Batman. The only real way that Batman would be horrible would be as Bruce Wayne if he was really going to take his playboy personality seriously, which would mean throwing parties, going out on the town, and of course escorting lovely ladies from one end of Gotham to the other. Now THAT would be horrible since he wouldn’t be practicing social distancing or even showing any awareness of how the virus spreads. But trying to argue that Batman would be completely terrible is kind of difficult since he’s usually geared towards doing the safe and secure thing so that he and others don’t get harmed needlessly. The Joker would be absolutely horrible since chaos is what he’s in love with, meaning he’d be the one deliberately coughing and spitting on people just to see what might happen. It would be kind of interesting to see just how many villains really would be that kind of ruthless when a pandemic is in effect and how many might actually take fully advantage of it. Plus, it’d be intriguing to see how many might want to make it worse and even make it work for them if they found the chance, since let’s be realistic, evil super villains don’t really balk at the chance to find ways to control people and situations.

Thinking about how the heroes and villains might react during the pandemic however is kind of funny on its own since there are likely some heroes that wouldn’t believe in masks, whereas some villains might actually be paranoid enough to use masks. In general it might not be too different from the current state of things in this world since everyone would have their own opinion on the matter and to be certain, it would be an immense argument that might even rival that of Marvel’s Civil War in some regards since so far the mask issue has been one that a lot of people don’t agree on no matter that it’s only getting more strict and more strenuous as a lot of stores are being told to deny service to those that aren’t wearing masks. Some might want to call wearing a mask being one of the sheep that believe anything they’re told, but there’s a time when even a wolf has to don a sheepskin coat just to get the items they need or desire. The term ‘go along to get along’ is close enough to this analogy, especially since the masks can be taken off whenever one isn’t around a big number of people.

It’s a stressful time as of now in the world, more so for some than others undoubtedly, since those still working during the pandemic have had to take measures to keep themselves and their customers safe while still conducting business and living their lives. So far things have been rough, and some folks say it’s only bound to get rougher, but in the comics one could almost assume that a lot of heroes, Batman included, would be looking for a vaccine or a cure, while the Joker might be the one causing all the trouble.