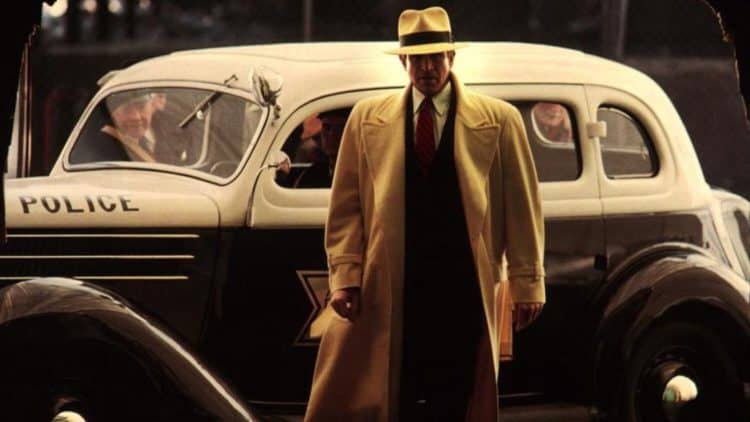 There are a lot of reasons why Dick Tracy turned into one of the strangest comic book movies of all time, but one of those has to be that it didn’t make sense to make this movie in the first place given that Dick Tracy was a comic STRIP, not a comic BOOK. This was the kind of comic people would read in the newspaper if they had the time, instead of collecting in order to read them once, maybe, before placing them in a plastic sleeve to add to a collection. Warren Beatty’s career was crazy enough when one takes a look at it, but the fact that he was ready and willing to step into the shoes and yellow trench coat wasn’t as crazy as it got since the Dick Tracy movie was in development long before he was given the titular role. It’s definitely crazy that the movie managed to get as many famous faces as it did, since Al Pacino, who was already known for The Godfather, Scarface, and many others, was perhaps one of the strangest-looking gangsters that anyone has ever seen. In fact, the majority of the known actors that took on the roles of prominent villains were so overdone that people either had to accept them or not watch the movie at all given that it was like watching a comic strip come to life. And yet the movie won awards, it was lauded as a masterpiece, and strangely enough, it didn’t sink anyone’s career as it was allowed to sit where it was in history, not moving forward and not slipping into complete obscurity.

This is proof that this was a strange decade since a lot of what passed for great cinema in the 90s wouldn’t even be considered as anything but a joke now, especially since this movie won 2 Academy Awards and 2 BAFTA awards. Not only did Warren Beatty star as the lead in the movie, but he also directed it as well since at some point no one else wanted to touch it. There were ‘creative differences’ and all types of excuses made when it came to whether or not the movie would ever get made, and for a while, it felt as though things weren’t going to go through as they should have. Eventually the movie did get underway and it did get finished despite the craziness that had already occurred, and it obviously stunned a lot of people with the visuals, but probably ended up giving nightmares to those that weren’t so much stunned as they were amazed and possibly dazed by the displays that were revealed.

This movie was miles from the comic strip after all and was something that had a lot of people shaking their heads as they left the theater, no doubt wondering what they’d just sat through. Warren Beatty already had a reputation in Hollywood and among the fans at that point since he’s always been someone that has been known for quite a few quirks, whether they’re positive or negative. But this was something that went beyond anything he’d done to that point and headed off straight into the type of fantasy that no one had ever thought he might take part in, not to mention that others such as Al Pacino, William Forsyth, or Paul Sorvino had never been seen in something like this. Perhaps it was a chance to do something different, to step out of one’s comfort zone and see how far things could be pushed until it was too far, but whatever it was, Dick Tracy was one of the craziest movies of its time, though saying that it’s the craziest movie of all time is still kind of tough, but it’s not too far off the mark. Even calling it the strangest comic book movie of all time is a stretch, even though plenty of people would argue with this point simply because the movie was that nuts. At the end of the day though, Dick Tracy was meant to be the type of story that would be visually stunning and aesthetically pleasing, and according to those that dole out the awards, this was the case.

To the rest of us, it might not have had the same effect largely because it felt so out of character for quite a few of the actors that took part in it. Getting excited about this movie back in the day was simple for those that enjoyed the comic strip, but walking out of the theater was another matter since some people enjoyed it and others still had no clue what they’d just seen. This was definitely one of the many movies that made people reassess what they thought they knew about a comic strip. But at the very least it was kind of amusing.