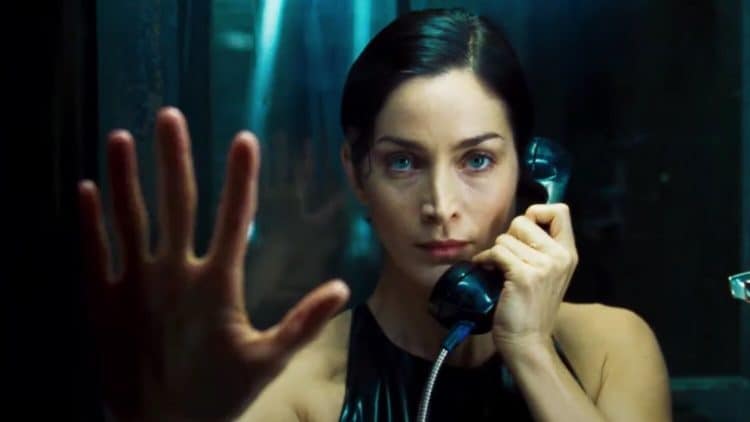 We don’t think much about phone booths these days do we? They’re antiques for the most part since thanks to cell phones we really don’t need them any longer unless of course we’re stuck in the middle of nowhere without any cell service and a failing battery on top of it. The phone booth isn’t quite extinct yet but it’s getting there since the stronger the cell reception gets the less likely it is that people will continue to see a need for this device outside of a novelty or antique shop. A good example is a fact that I managed to see a go-cart track that made good use of an old phone booth by sticking it in their course as a feature with a wooden statue of Bigfoot peering out of it. That’s about the extent of how phone booths get used these days since they’re seen as antiques by a lot of people and it feels fair to say that their use is something that is seen as conditional at best as of now since unless someone is being ironic or funny by putting one into a movie they don’t serve a very big purpose. Of course, if a movie is being set in a certain time period then it’s perfectly acceptable, and the most recent Bill and Ted movie kind of had to fall back on the use of a phone booth, or at least the appearance of one, since that was how the original movie was drawn up.

But from a cinematic standpoint, a phone booth is something that requires a purpose to be used since otherwise it’s not something one might expect to see that often since by now there really aren’t a lot of them left. In a movie setting though they are a reminder of the way things used to be since those of us that are old enough can recall when there were phone booths on just about every other corner, there were banks of them at the airport, and a payphone was kind of like a port in a storm sometimes since cell phones were still huge gray bricks that cost an arm and a leg and had horrible reception in quite a few areas. But the phone booth was also a great movie and TV device since it was where people went to when they needed to make a call and it came with a few other uses such as an escape, a way for Superman to change his clothes, and it was just a useful device to have whenever it was needed. Even keeping a phone booth around just so it could be destroyed was a great way to use one.

To think that phone booths are on their way out, or are perhaps just about done with apart from a few examples, isn’t too hard to imagine since the technology that’s come along over the years has made it evident that being bound to one spot when trying to contact someone is no longer desirable, and the ability to be on the go when getting hold of people is kind of hard to give up. Does anyone remember having to run to a payphone when they had a pager or needing to dial in a calling card number from time to time? The younger generation likely won’t remember any of this since while calling cards do still exist, a lot of them are marketed for cell phones, and finding a payphone is kind of a hard thing to do any longer. At one point it feels as though one of the last phone booths in the world will be the TARDIS from Doctor Who, and any other time we see one will be in a movie or a TV show that’s based sometime before the year 2000. The concept of this is easy enough to grasp, but as someone that’s old enough to remember talking on a payphone more than once, it’s still hard to think that eventually these devices will be seen as a relic if some folks don’t see them as such already. It makes a person feel kind of old, wouldn’t you say?

It does make a person wonder when cell phones are going to be seen as obsolete, but it’s a hope that things don’t progress much past this point since the next step would appear to be using implants in the human body to copy and upgrade the technology we currently have, and to a lot of people that doesn’t sound even close to acceptable. But to be fair, the technology is going to advance all the same, but hopefully, it will do so without needing to use the human race as hardware. It’s funny to wonder whether the phone booth will ever see prominence again, but we probably shouldn’t hold our breath.