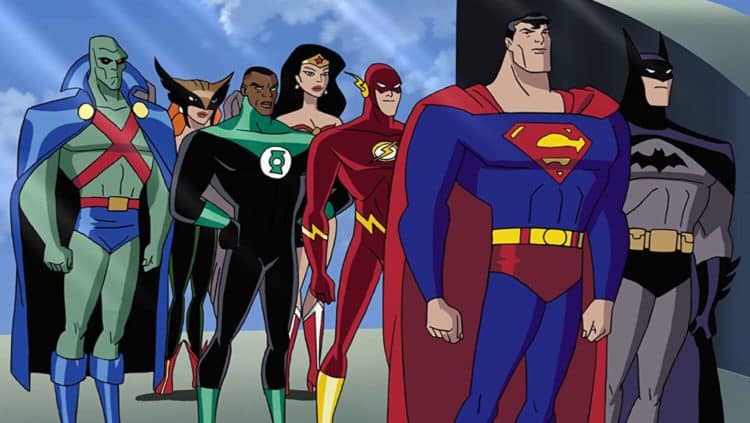 In a big way, it does feel as though fans of the DC universe have a large chip on their shoulders since they constantly find the need to state just why DC is better than Marvel in many cases. The only balance point here is that some Marvel fans tend to do the same, while at the same time a lot of people just say ‘who cares?’ and tend to like heroes and villains from both camps without needing the comparison. It is impressive though when fans can bust out all types of knowledge concerning their favorite shows and even their favorite heroes, as it shows that it does really matter to them and that even the cartoons carry a special significance to them that a lot of people can pick up on. When talking about the DC cartoons it is very true that they have managed to incorporate a lot more characters and situations than Marvel has in the past and in truth, DC has done better when it comes to their representation on TV overall since between the animated series and the live-action shows they’ve actually gained a lot more attention than Marvel. It’s on the big screen that the Justice League and the rest of the DC universe have kind of flopped in a big way.

The Justice League has been, from an animated standpoint, one of the more successful superhero shows that’s come along in a long time since it’s comprised of a list of heroes that a lot of people recognize since we’ve grown up with them in our lives and they’re definitely one of those that has the ability to introduce characters and then have them sidle back on occasion since otherwise the show would be jammed full of characters and there would be little room left for a story to develop. That’s what some fans enjoy however since it means that not every hero or villain is needed for every adventure and it’s possible to enjoy just a couple or even just one hero at a time depending on the story that’s being unfolded within the episode. As a Marvel fan it’s sometimes difficult to extol the virtues of the DC brand, but they do exist obviously and the Justice League animated series was one of the better shows out there when a lot of us were kids, as the X-Men were a lot of fun and came with a lot of characters that were very popular, but the Justice League had already been around for quite some time and were only getting better as the years went by. For one reason or another Marvel has never really been able to break into the TV scene the way DC has, though perhaps it’s due to familiarity and who DC happens to be owned by since Warner Bros. and as a result, there’s a lot more push behind the League.

That’s one explanation to be certain, but it’s not bound to be the only one, since many fans would go into the many ideas behind why DC has been able to outdo Marvel when it comes to TV and in some cases the comics scene as well. Like it or not, DC has been around for a very long time, and their top hero has been around longer than just about anyone since Superman is the ultimate end-all, be-all of heroes since he’s continued to evolve throughout the years. What’s become obvious though is that the transition from animation to live-action hasn’t always been the smoothest since a few decent movies have been made, such as Batman in 1989, and then Christopher Nolan’s trilogy, Aquaman, Wonder Woman, and Shazam. A successful Justice League movie has not yet been made, but a lot of people are hoping that the Snyder Cut will lay to rest any doubts that people might have had, even if it’s bound to be 4 hours of footage that may or may not justify the desire of so many to finally see what Snyder was trying to do. It’d be kind of funny to hear anyone say that Joss Whedon’s attempt was actually better since it was short and to the point. Trying to get a DC fan to admit as much though might be more difficult than anything.

At the end of the day though, DC has had a very solid run when it comes to the Justice League since the group has touched upon nearly every facet of the DC universe and has featured many different heroes and villains throughout its history. In a big way, that’s why it’s been so successful, especially since it’s been around for this long and is still considered one of the prized animated series when it comes to DC. There’s not much else to say, it’s just a big hit.