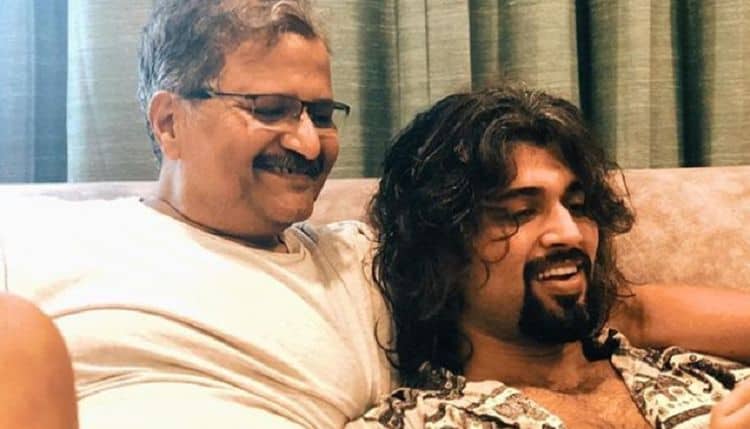 He’s one of the most famous Indian film actors around, but do you know much about Vijay Deverakonda? Probably not, since most of us rarely bother to learn anything persona about celebrities. However, there is always time to change that. He’s a man who rose to fame in India in 2011, and he’s yet to slow down with his amazing career. He’s a face you recognize, so let’s add some personal details to the mix so you can get to know him a bit better.

1. His Father is Famous

Sometimes you fall in line with the family business, which means you have a lot more going for you than others. His parents are Govardhana Rao and Madhai Deverakonda. His father is a famous television actor, and that might have helped him get into the business.

2. His Brother is Famous

Sometimes, it’s not just your older family who is famous. He has a younger brother who is also a film actor. This is one talented family, if we might say so. The acting gene is one that was clearly passed down from their father’s generation to their own generation, and we have a feeling that happy about that.

He has a bit of a reputation for being very outspoken and opinionated, which is not a bad thing. However, sometimes the press finds it to be a bad thing. He once lost his mind over the censorship in a movie and had all his fans chant curse words from the movie over and over again at the theaters when they muted his words.

4. He’s Been Considered an Eligible Bachelor

Throughout most of his career, he’s been followed relentlessly by fans and the press who want to know if he is single or married or seeing someone or on the market or what. He has been very quiet about his personal life – and we don’t blame him one bit for that one – but he’s been considered an eligible bachelor most of his career. However, he did spark some wedding rumors back in 2019 when he was spending a lot of quality time with Niharika Konidela.

He made his career off the genre, but he’s done with it. He’s not feeling that kind of draw right now. He feels that he’s changed significantly over the years, and he is not going to do things that no longer feel like him. He doesn’t feel he has anything in common with the characters he was playing, and he no longer wants to do that. He’s too young to get married, he says.

6. His Mom Wants him to Get Married

He said in an interview in 2018 that his mom is really ready for him to settle down and get married, but he is not in the mood to do that right now. Of course, we imagine she’s ready for her son to find his happily ever after, and give her some grandbabies to spoil (grandmothers are literally the best, are they not?) but he’s just not there yet.

There’s nothing wrong with being the kind of man who likes to give back, and that is what he is. He’s doing what he can to help support people whose lives have been negatively impacted by the pandemic going on in 2020. He’s got a foundation that helps people, and it’s called the Deverakonda Foundation. He’s doing what he can, and we know that people appreciate all he’s up to.

It’s called Rowdy, which is what he was called as a child anytime he broke the rules or didn’t go with the norm – also, we feel this might be a theme for him, and we like it. His brand is not just about clothing, either. It’s about giving back and being there for his fans and the people of the world who need him. He feels that his brand is around to do what needs to be done, and he’s just going with the flow.

When he has a failure on his hands, and we all do at some point, he does what he can to deal with it. He disassociates himself from the situation and finds the time to celebrate what is there for him to celebrate. He likes things on his own accord, and he’s happy with them when they are going well. He just finds time to celebrate, and he has to know why. He wants to know the real reasons, and he works on them.

10. He Strives for Normalcy

As often as he can, he lives a normal life. He does what he can, he works hard to ensure that his life is as normal as possible, and he doesn’t let the fame and the attention go to his head. It’s how he stays real, and we are here for it.