Home
TV News
It’s Time for a Change: Vikings Needs to Be on the Big Screen
Prev Article Next Article 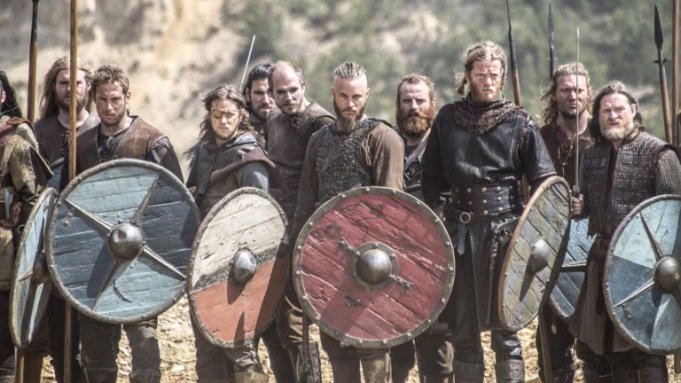 That’s right, it’s time to change, and to better explain there are ideas out there that are more worthy, more innovative, and far more popular than nearly anything that’s been put on the docket lately, and a lot of what’s coming is no different it would seem. We’re about to get a Matrix 4 for crying out loud, and the reboots, the remakes, the sequels, and the lack of original ideas is starting to give a lot of people the idea that Hollywood is banking on the fact that we’re all braindead morons that will continue to watch what they’re selling simply because there’s nothing left. Thank goodness for Netflix originals and other streaming networks that are at least trying, because the movies hitting the big screen are starting to remind us that as innovative and interesting as Hollywood is SUPPOSED to be, their writers are being kept firmly within the formulaic box that says they can only come up with so many different ways to start and finish a movie.

It’s time to seriously rethink what needs to go on the big screen, and what might draw people in. This column is all about exploring just what ideas might be seen as new, that might spark some interest, and could possibly create something that people will be excited to go to for once. Oh yes, there are still a few movies that people are pumped for, as they’ve done something right for once, but it’s still time to wake the writers up from their slumber.

So what about Vikings? The popular History channel show is coming up on its final season apparently, and it might be primed and ready to come to the big screen in a big way. It might not seem like the most epic idea you’ve ever heard, but imagine the formation of the shield wall on the big screen. Picture Ragnar, Rollo, Lagertha, and so many others rushing full-tilt at their enemies in absolute bloodlust, crying out for the battle they so desperately want and calling out to the old gods as they seek to die gloriously in battle or overrun their foes for the glory and the promise of Valhalla.

Who might act? Well happy day, I’ve been thinking about that.

Why change a good thing? He nailed this role as Ragnar and is likely the only one that can really make it work. His ferocity, his cool, contemptuous looks, and his ability to gain the loyalty of those around him is what’s needed in a movie like this.

There might be others that are younger who could be brought in to fill out these roles, but the first pick would need to be Gustaf since quite honestly he’s absolutely nuts as the carpenter and fighter among the clan, and not only that, but he’s the best friend to have as Ragnar knows very well.

I would say Scarlett Johansson but people that love the show might want to perform the dreaded blood eagle on me for even mentioning such a thing (by the way there’s no historical record for this having been done, though it’s been debated). There is only one Lagertha after all, but considering that some of the actors are getting a bit old it does seem prudent to think of younger actors if such a movie were to be made. Still though, the aforementioned actors would at least need to be considered.

Ragnar’s jealous and less than trustworthy brother is still a great fighter, so if Clive wasn’t up for the role then someone of equally imposing stature would need to be added in. Maybe Henry Cavill? He’s already doing the Witcher to be honest and it might work out. But no CGI this time, leave his face alone.

You might want to say that I’m being unoriginal for mentioning the same actors that were in the show, but keep in mind they’re considerations since they’ve been there, done that, and done so great that it would seem they might be able to do it just as well on the big screen. Younger actors might be a better idea, but the overall plot would be the rise and fall of Ragnar as king, as was seen throughout four seasons. The run time would need to be at least two hours if not more per movie, as there’s a great deal of story here, and some that might even be able to be given over to a more realistic lean than even the show depicted, as Ragnar is apparently more fable than reality according to histories. Even though it’s been done as a TV show, Vikings could easily be picked up and transferred to the big screen in an attempt to give the people a truly exciting show, and this time one with less limitations.