Home
Anime
Virtual Crunchyroll Expo 2021 is Set to be Massive 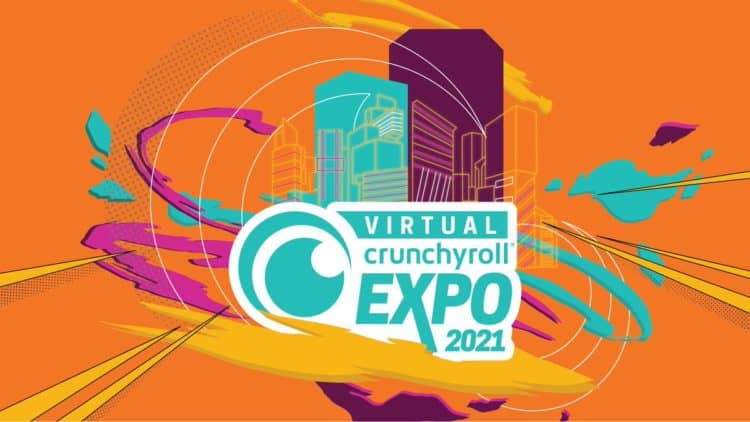 Crunchyroll is one of the biggest (if not the biggest) source of anime on the internet and now they have revealed their next round of guests that will be in attendance at this year’s Virtual Crunchyroll Expo event! Some of these guests include Japanese rock band “Burnout Syndromes” (“Haikyu!!” and “Dr. STONE”), Anime award-winning voice actor Zeno Robinson (“My Hero Academia”), and voice actor Bryce Papenbrook (“Attack on Titan” and “Demon Slayer: Kimetsu no Yaiba”). There will also be a couple of special guests that will be in attendance at Virtual Crunchyroll Expo, but we’ll talk about those later. So, what can we expect from this year’s Virtual Crunchyroll Expo, and when does it start, and what exactly is this event?

What is Virtual Crunchyroll Expo?

Well, the original Crunchyroll Expo (CRX) was founded in 2017 and was initially an in-person event where “fans can gather together and dive deeper into the shows they love through engaging panels, exclusive merchandise, and unforgettable one-of-a-kind experiences. Recently, we also enabled fans around the world to join the fun through Virtual Crunchyroll Expo—but we’re not stopping there. With each passing year, we seek to outdo ourselves by surprising and delighting everyone in attendance.”

Who’s Going to be There?

Crunchyroll recently announced their latest round of guests that will be making an appearance at Virtual Crunchyroll Expo including a Japanese rock band called “Burnout Syndromes” who are known for their work on Haikyu!! and Dr. STONE, as well as the English voice of Hawks in My Hero Academia, and the English voice of Kirito from Sword Art Online and Eren from Attack on Titan! So, let’s talk about who’s who at Virtual Crunchyroll Expo!

As I mentioned above, Burnout Syndromes are known for their musical openings for Haikyu!! and Dr. STONE, but they will also be performing a concert for fans that will then be followed by a Q&A session to allow the fans to get to know the artists.

Bryce Papenbrook has performed in a seemingly endless amount of video games, cartoons, and TV shows including Inosuke Hashibira in Demon Slayer, Kirito in Sword Art Online, and Eren in Attack on Titan, and those are just some of his biggest roles.

As I mentioned previously, there will be some special guests appearing at the Virtual Crunchyroll Expo, including:

7 Billion Dots is a rock band that perform the ending and opening themes for “Boruto: Naruto Next Generations” and “Granblue Fantasy The Animation Season 2.” They will be appearing at Virtual Crunchyroll Expo and will be performing a high-energy concert with a Q&A session at the end.

MAGIC OF LiFE is a melodic rock band known for their hit songs from the popular anime “Yowamushi Pedal” and “Joker Game.” They will also be appearing at Virtual Crunchyroll Expo and performing a concert and a Q&A session afterwards.

Rhythmic Toy World is a Japanese rock band known for their single “Boku no Koe,” which is the OP for “Yowamushi Pedal Glory Line.” This band will be making a special guest appearance at Virtual Crunchyroll Expo and performing a concert and holding another Q&A session after the concert.

When is Virtual Crunchyroll Expo?

Virtual Crunchyroll Expo will stream exclusively here on Crunchyroll beginning on August 5 and ending on August 7, 2021. Be sure to register as soon as possible (registration is free, so if you love anime there’s no reason not to!) You can also submit your own cosplays for the Crunchyroll-Hime Cosplay Cup if you’re interested in getting involved with Virtual Crunchyroll Expo this year, but you only have a limited time to do so as submissions close on Monday, June 7 and fan panel submissions will close on Friday, June 11.

If you love anime and want to get some experience with a con, Virtual Crunchyroll Expo is definitely for you! Make sure you register for free in time to attend the event from August 5-7! I’m really excited to see what it has to offer as well as those epic concerts!