Home
The Walking Dead: Looking Back on an Uneven Second Season 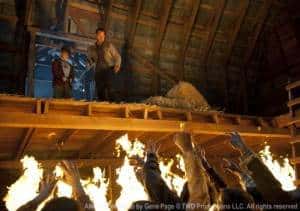 Looking back at The Walking Dead‘s second season, it’s hard not to make a pun about the show itself rising from the grave. Because let’s face it: by the time the show reached its midseason hiatus back in December, things were looking pretty bleak. The show had been in a creative nosedive since its second season premiere in October, with only three of its seven aired episodes (“What Lies Ahead,” “Save the Last One,” and “Pretty Much Dead Already”) coming even close to being as enthralling as the show’s six-episode first season. And things looked like they could only get worse: the entire second half of the season was produced entirely without any input from fired executive producer Frank Darabont, who was largely the creative visionary behind the show up until that point.

But then, the second season resumed with “Nebraska,” and things seemed, surprisingly, to be getting better. The show’s ascent was as dramatic as its nosedive. Over the final six episodes of the season, ending with Sunday’s “Beside the Dying Fire,” new showrunner Glenn Mazzara did much to steer The Walking DeadÂ back onto the right course, with less focus on brooding melodrama and more on tension and the uncertain nature of living in a zombie apocalypse. Two major characters, who had been apparently integral to the show, were killed off in two consecutive episodes, while the final episode introduced a new fan favorite and finally got the survivors off the damn farm.

What happened? Certainly no one expected the relatively unknown Mazzara to craft a better show than famed director Darabont, but the most recent six episodes of the series are superior to any of the others that came before — including, arguably, those from season one. So what’s the reason for this? Many of those formerly outraged about Darabont’s dismissal are being forced to confront the possibility that AMC was right in the behind-the-scenes shakeup. The way they handled the situation aside, it seems difficult to argue that their actions didn’t yield positive results.

But then there are little bits of behind-the-scenes tidbits that are really quite frustrating. There’s that interview with Being HumanÂ star Sam Witwer from a couple of months ago, in which Witwer says that Darabont had an action-packed season premiere episode planned that would see soldiers fighting off zombies in Atlanta in the early days of the apocalypse. That fascinating idea was nixed by AMC due to the massive budget cuts the show endured, which was probably the biggest point of contention between the network and Darabont. The culling of this idea can also probably be seen to explain the slower pace of the show’s second season, with a filler episode like “Cherokee Rose” having to be thrown in to make up for the gap left in the season’s first half. Of course, this doesn’t speak well toward Darabont’s ability to quickly adapt — which is, as The Walking DeadÂ has taught us, a necessary survival skill, both in the world of television or in the post-apocalyptic Georgian landscape.

Of course, AMC has handled the situation badly. Witwer has stated that they have threatened the cast and crew not to speak out about Darabont’s departure, calling the situation on the ground “ugly.” It’s been continually rumored that actor Jeffrey DeMunn’s sudden departure from the show was a result of this, backed up by repeated assurances that Shane’s death, though not Dale’s, was long-planned. The fact that actor Jon Bernthal, who left the series in the penultimate episode of the season, is already back working with Darabont on TNT’s L.A. NoirÂ speaks volumes.

But regardless of where the blame lies (and apparently it belongs with both parties), applause should be given to Mazzara for his quick turnaround of the show, creatively. He was placed in an unenviable position in the wake of the behind-the-scenes drama, and he has admirably brought the show back to being appointment television that we await with excitement, instead of just a show we feel joylessly obligated to watch. 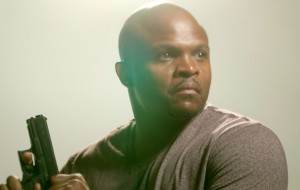 Of course, The Walking DeadÂ still isn’t where it needs to be. The characterization, while improved, remains shaky at best. Most of the character development of the series was focused on Shane and Dale, but they’re both gone now, leaving precious few developed survivors. The show’s primary female characters, Lori and Andrea, are unsympathetic and often grating. More peripheral characters like Carol and Daryl have hints of development, but sadly never enough to make them fully realized human beings. And there’s the tragedy of T-Dog, the token black character whose pitifully few lines border on turning him into a fully-fledged racial stereotype (his name is T-Dog, for the love of god!). While we’ll hopefully get a more developed black character with the newly introduced Michonne, the writers either need to develop or kill T-Dog, because he’s one of the most painful reminders of the show’s inadequacy. I’m not looking for everyone on the show to be as nuanced as Don Draper, but I would like to see some effort put into developing these characters into something more than simple meat sacks with two or three solid character traits. The development of Rick and Hershel this season have shown that the writers are capable of doing this — they just need to do it more.

But for all my qualms, I have to say that I’m honestly excited for the upcoming third season of The Walking Dead. I’ve been pleasantly surprised with how competently Glenn Mazzara took over the reins of the series and took it in a faster-moving, more dangerous direction. With the second season finale clocking in a record-breaking nine million viewers, it seems likely that this show won’t be going anywhere for a few more years at least. And while the second season addressed a lot of the show’s problems, there are still more complex zombies to be slain before this show can become truly great. But for now, as much as one can be in the face of a zombie apocalypse, I remain optimistic that things will continue to improve.Â Bring on season 3. 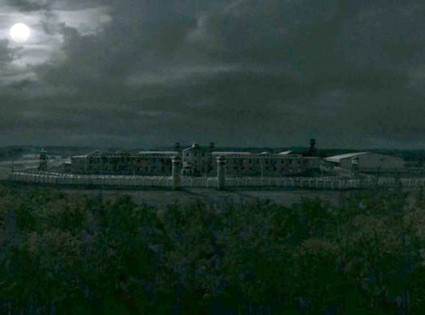