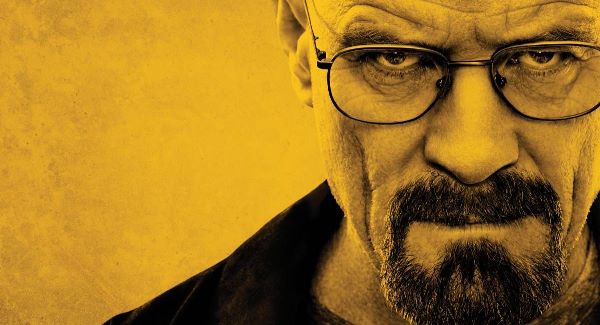 Even though Breaking Bad inevitably ended, fans and critics alike cannot stop talking about the AMC drama. Cast members Bryan Cranston, Anna Gunn, and Aaron Paul all took home well deserved awards and the show is constantly being examined. Â  You may not think a show about producing and selling drugs could teach us anything, but you would be wrong. Here are twenty things that we have learned from Walter White, the ultimate anti-hero of the 21st Century.

1. Chemistry can be used outside of the classroom too.

Walter White (Cranston) was able to take what he learned in school and taught to his students and apply it to everyday life.Â  Instead of trying to dissolve a dead body in a bathtub using hydrofluoric acid, it is better to use a plastic container to get rid of the evidence.Â  Lab assistant Jesse Pinkman (Paul) did not take the advice of Walter and as a result had quite a big mess.Â  The acid dissolved through the bathtub and the body ended up in a bloody clutter in the downstairs hallway.

2. Befriend a lawyer and keep them on call.

If you plan on living a life of crime and doing unlawful things, you should try to find a lawyer that that is going to be able to win cases for you in the courtroom. It is also recommended that you find a scummy lawyer that will be okay with all the bad life decisions you make, such as murder and drug dealing.Â  Walter White found a â€œgood lawyerâ€ in Saul Goodman (Bob Odenkirk).Â  It also helps if you can find a lawyer with a sarcastic sense of humor like Goodman, who is worth every penny he has charged Walter over the years.

3. Studying hard can pay off.

The average salary for a high school Chemistry teacher is $55,000, which is a decent salary.Â  This proves that if you study hard in college, you can live comfortably.Â  Heisenberg proved that a background in Chemistry could make him even more money by producingÂ crystal meth.Â  If his students had paid better attention in class they could be some of the wealthiest people in the United States. After all, look at all the money Walter had in his storage shed.Â  I guess I should have taken Chemistry class instead of Human Anatomy when I was in high school.

4. Family is the most important thing in life.

When Walter was diagnosed with inoperable lung cancer on Breaking Bad, he knew he needed to make sure that his family was taken care once he passed away.Â  This is why he decided to produce and sell methamphetamine.Â  It was a way to make cash so his family would be able to support themselves in the future.Â  But a life of a drug dealer can have its consequences.Â  It caused Walterâ€™s wife and son to hate him and lead to the brutal murder of his brother-in-law.

5. Make a product that is better than your competitor that everyone will want to buy.

With Walterâ€™s background in Chemistry, he was able to produce crystal meth that was more potent and purer than that of his competitors. As a result, there was a high demand for his product.Â  Instead of collecting the pseudoephedrine that is necessary to make the product, Walter created a different process that utilized methylamine.Â  This process gave the drug a blue color and the street name â€œSky Blue.â€Â  This ingenious idea is similar to Steve Jobs with the apple products of the 21st century.

6. Change up your image.

If you are going through a midlife crisis, or have recently been diagnosed with inoperable lung cancer, give yourself a makeover.Â  This can be anything from buying an entirely new wardrobe or getting a little bit of plastic surgery. Walt decided to shave his head and grow a beard that completely transformed him from boring high school teacher to bad guy drug lord on Breaking Bad.Â  To complete the look, he would often wear a black pork pie hat.

7. Be sure to take your car in for frequent tune ups.

Not only should someone take care of themselves by eating right and exercising daily, they should make sure their vehicle is in tip top shape.Â  One should be sure to get their oil changed every 7,500 miles. If your car is an older model, it may need a change every 3,000 miles.Â  Also, make sure the tires are balanced and rotated regularly and have a mechanic look at it if you think something may be wrong under the hood.Â  If Walt would have done this with his vehicle, it may have kept him and Jesse out danger and also not have inconvenienced them so much.

8. Winning is the most important thing in the world.

Some people say that winning is not everything, but Walter White is not one of those people. He believes the only way to succeed in life is to win at everything you do.Â  Maybe that is why our culture gives out medals and ribbons to children no matter what place they come in.Â  Walter was definitely the winner when he talked a drug runner into attaching a bomb to himself and killing another drug runner.

The last point showed that Walter White loves to win and will even go as far as murdering someone to accomplish this feat.Â  Walt likes to take it one step further and tell everyone around him that he has won.Â  He has even been known to call others, like his wife (Gunn), when he has had a victory. I am sure if he utilized social media, all of his posts would be about getting another â€œwinâ€. He would have to leave out the illegal things he did to get the win, but he would still get the satisfaction of everyone knowing his accomplishments.