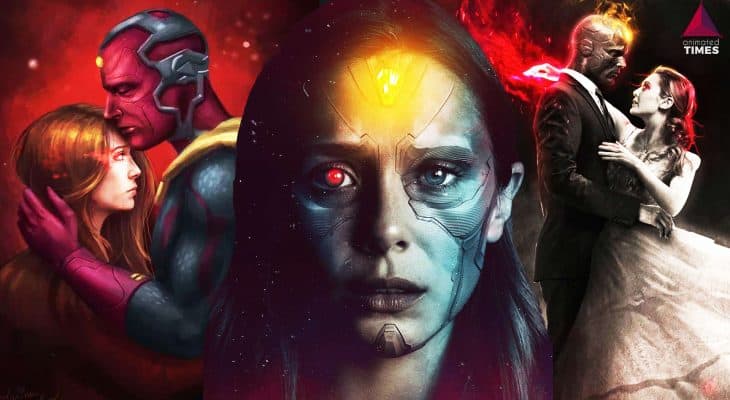 I’m still not convinced that Agatha Harkness is the main villain, but her actions would definitely say otherwise since from the beginning of the episode when she sucks the life force out of her fellow witches it would appear that she’s anything but benevolent. But this does mean that the MCU would be retconning her origin a bit since Agatha has definitely been a questionable individual throughout the course of her life, but she’s hasn’t always been seen as this problematic. That’s one reason to think that the finale will be something that might shock the hell out of people even further. But more than that is the fact that Vision is back, as the lies being told by the director SWORD are only growing in stature as the white form of the Vision is about to be introduced into the mix. Instead of taking his body as she was accused of, Wanda recreated her own version of Vision from the pain she unlocked in the form of her hex, the explosion of chaos magic taking hold of what looked like a very apathetic town and creating the idyllic version that she recalled from her childhood and the old programs that she used to watch with her family. The level of chaos magic that she unleashed was unprecedented in the MCU at this time, however, and even Agatha appears to be a little hesitant to stand against near the end of the episode and is keeping her kids on a short leash to control her.

But here’s the problem, a lot of people know the history behind Wanda’s ‘kids’ and how they’ve been used against her. They also know that Agatha came to be her mentor as well, which kind of makes it confusing to think that Agatha is the villain in this scenario. It’s easy to see that Wanda became unhinged when thinking about the future she could have had with Vision, how it was planned out in Westview, and how it would have been everything she wanted. But now that we know that she didn’t steal Vision’s body, which was in pieces when she last saw it, we also know that SWORD has been running a deception that will hopefully be uncovered in the finale. Don’t be too hopeful about it, but the fact that they’re using Vision’s reconstructed body as a weapon does mean that a confrontation is likely to come, and the white cast of Vision’s body has a great deal of importance. His coloring has everything to do with who Vision is and what is left behind in the body that SWORD will be using for their own means, as they’re being made into the villains at this point since they’re the ones violating Vision’s living will, and are willfully blaming Wanda for their own purposes. It goes without saying that a confrontation in the finale, however it happens, is going to be fierce since the Vision without his humanity is going to be a wrecking ball that will no doubt be following whatever directives have been implanted into his android skull.

That’s always assuming that the Vision created from Wanda’s memory and chaos magic won’t have anything to say about it since he didn’t get to make it back this episode, as the events that are transpiring are apparently taking up very little time, considering that we also don’t know what’s going on with Monica Rambeau and the Pietro imposter. There’s so much to be resolved in the final episode that one might be hoping that there would be a second season coming not too far after. But the sad part of this is that it does sound as though this show will be leading directly into the next Doctor Strange movie, so it’s fair to wonder if Agatha Harkness and her meddling are going to be settled or if there’s going to be huge question mark left behind. It has been revealed that a second season hasn’t received a firm answer yet, but the next season, if it does come along, won’t be a huge priority for a while to come. But the finale that is coming will hopefully tide us over since if it comes down to Vision vs. Vision then it’s going to be a brutal fight since despite not being able to survive outside of the hex, the Vision that fans came to enjoy still has everything he needs to combat the alabaster version that’s about to be sent into the hex. Plus, what’s bound to happen to the Vision that gets sent into the hex after Wanda? There’s just too much to contemplate at this moment to make one prediction, other than to say that this is going to be a fitting ending. But as far as Agatha being the villain though, I’m still not sure.