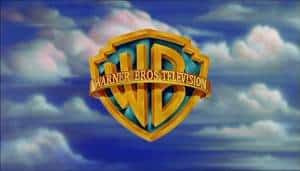 Remember Warner Bros.’ huge outdoor party at Comic-Con? The studio has now announced the lineup of guests that will be appearing, including interviews, musical performances, free night-time screenings and more!

Live Recording of Kevin Smith Podcast Fatman on Batman – Friday, July 13, 7:00 p.m.: Filmmaker, SModcaster and Comic-Con mainstay Kevin Smith takes to the Extra at Comic-Con stage for a live performance of his Batman-worship podcast. Smith will interview a special guest from the world of Batman just steps away from ‘The Batcave,’which features all six Batmobiles on display.

The Tournament of Nerds! – Thursday, July 12, 6:00 p.m.: Hal Rudnick and Justin Donaldson from the Upright Citizens Brigade Theatre Los Angeles answer one of nerd-dom’s eternal questions: Who would win in a fight between [fictional character A] and [fictional charcter B]? Don’t miss this special DC Universe—themed Tournament of Nerds! featuring surprise celebrity judges.

Live Demo of Injustice: Gods Among Us Videogame – Thursday, July 12, 8:00 p.m.: Ed Boon, Creative Director at NetherRealm Studios and co-creator of Mortal Kombat, showcases the game live. Check out favorite DC Comics heroes and villains as they engage in epic battles on a massive scale in a world where the line between good and evil has been blurred.

A complete schedule will be posted at the Extra stage in San Diego and online at www.thewb.com/comiccon.