Home
Movies
Was Roger Ebert Ever “Wrong” About a Film? 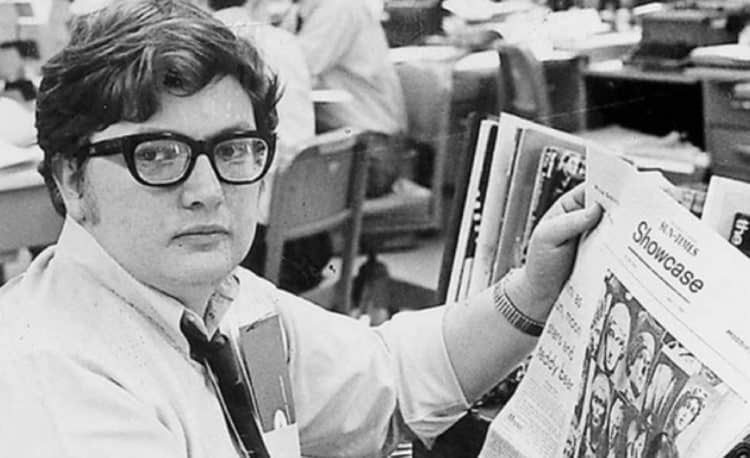 This has to be one of the biggest downfalls to being a critic, since like it or not, in the eyes of a lot of people they’re going to be wrong on more than one occasion. When critics and fans agree on something, as in which movies are the most popular and likable for various elements, it’s usually a sign that something is awry. But speaking of Roger Ebert it’s easy to say that yes, at times he was wrong, even if it was in the ‘right’ way. Ebert did try to be respectful to a lot of movies he reviewed, and in some cases, it had to be a little difficult since there are movies out there that almost beg people to rip into them with negative comments, but the wise critic will save their vitriol for those that they really can’t stand, and while Ebert was fair in his assessment a lot of times, he was still able to alienate several people with his reviews since he disliked movies such as The Usual Suspects, Die Hard, and even The Thing and Full Metal Jacket. Now depending on a person’s taste in movies, these might be seen as great movies with a few flaws here and there, or horrible movies with a few moments of greatness that could be taken into account. But in all fairness to Ebert, he was basing this on his opinion and his knowledge of the movies, since if anyone wants to argue that he had no bias walking into a movie, then I have a few movie tickets to sell you right this second.

Movie critics aren’t much different than many other critics when people admit what they think about them. Very few people like to be criticized since it does tear at the fabric of one’s ego if they let it and can make them feel inadequate if they’re not up to the task of learning from said criticism and using it to shape their efforts moving forward. For quite some time Ebert did a pretty good job of calling movies out for what they were and detailing why some things didn’t work and why other things did. But again, it’s a matter of bias and looking for things that people will tend to find are agreeable, and learning how people are going to respond to criticism. When Ebert passed away in 2013 there was no doubt that he’d left behind a legacy of critiques that people would continue to pick up on and use in the current era as this has been a big practice for years now. While the bias and the personal taste remains, some people have taken to claiming that they look deeper into the movies and try to break them down in a more technical manner, and while they might do this honestly, it’s still not a perfect system since audience members and their own personal bias are going to stand firm when stating what they like and why. In other words, critics have a rough and sometimes difficult job, especially when it comes to wondering why it makes any sense to be a critic.

There is a purpose to being a critic, to be honest, but it’s one that is transient in nature and is easily debunked until a critic gains the kind of reputation that is needed by being right when it’s necessary and, as mentioned, being wrong in the right way. Barring the need to split hairs and say why he was wrong in the right way, simply saying that he was wrong about several movies in his career is the easy way to go since he put his own stamp of approval or disapproval on many movies over the course of his career, and he definitely missed a few for his own personal reasons. People can debate this all they want but the fact is that critics still know what they like and base their opinion on what they value and what they believe will be able to entertain the masses. They don’t tend to deal in opinions that are crafted for small numbers of people that might enjoy a movie, and they’re not fortune tellers that can predict that a movie will become a cult classic, since a few have attempted to do this in the past and they’ve been just as wrong. When asking if a movie critic is ever wrong the answer tends to be evasive and less than helpful quite often since like it or not, their egos are every bit as fragile as anyone else’s at the time, and yes, they do have a rather easy job compared to the people they’re criticizing, since they have far less to lose. Weighing their reputations against the reputations of the many that helped to make a movie is a small price, which is why some folks tend to not pay much attention to critics.