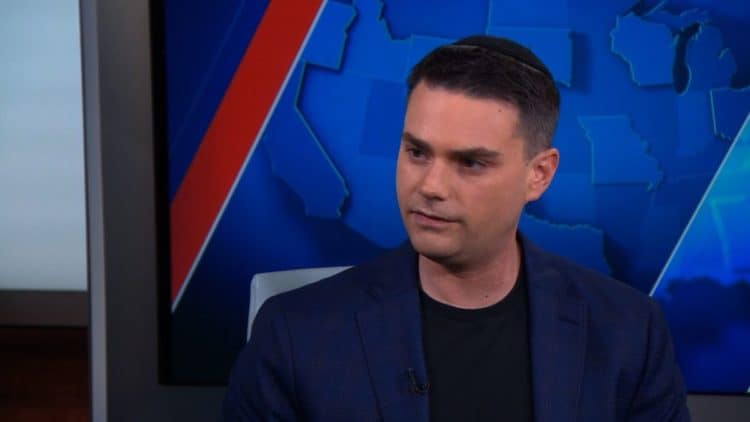 Anyone that knows who Ben Shapiro is would likely be a little surprised to see him on TV as a young kid of only 12, since he doesn’t look any different, but it is easy to wonder just what he was like when he was this young since at this point in his life he’s a very opinionated and forceful presence online and wherever he goes. His arguments concerning the current state of the country and his condemnation of several aspects of the Democratic party and liberals has been heard long and loud over many websites, and many people actually detest him for his views while many others tend to laud him as one of the most well-spoken individuals of his era. Watching him play the theme from Schindler’s List though makes all that cease to matter at the moment since imagining a 12-year old playing an instrument in this manner is simply amazing no matter how many times a person sees it. It’s a continual reminder that kids are far more intelligent and capable than many people give them credit for. Too often it’s far too easy to think that many kids just aren’t that talented and might have little to offer the world other than whatever potential they might possess and later on reveal once they get older. But kids are incredibly talented in many ways and will typically make this known if they’re given a chance and, in some cases, pushed to the limits of their excellence.

It would be interesting to see whether Shapiro is still this talented or if he’s allowed that talent to wane a bit since his current position as one of the most persistent voices in political discussion appears to keep him quite busy. There are those that would claim that a skill such as playing the violin doesn’t just fade like that, but there are others that would gladly state that if a person doesn’t keep up with the lessons that it can become a little more difficult to simply take it up again. Obviously there are hobbies and interests that can be taken up and revisited without any big issue, but taking up the violin is a pretty big deal to many people since it’s not the easiest instrument in the world for many people to learn. It does require a good deal of discipline and practice and as a result, those that find their way into the habit either keep going with it or abandon it completely since it is a bit difficult and does require dedication to the music. Just learning the violin as a hobby can take several years, but to master it to this degree takes even longer since instruments of this variety require a great deal of control to work properly and the frustration that comes with this is pretty apparent since a lot of people simply quit and move on to something else.

If you want to know just how truly impressive Shapiro is as a person, and this video wasn’t convincing enough for some reason, this is a guy who at 17 was so interested in politics that he created a nationally syndicated column and had written two of his own books by the time he was in his 20s. This man is by far one of the more intelligent individuals in the country and yet he’s been looked down upon and chided for his views and for his rhetoric just as much as anyone else that stands against the left and the Democrats. And the funny thing is that this doesn’t stop him, it doesn’t even slow him down as he continues to be impressive by bringing facts to the table and playing the political game as easily as he did the violin when he was still a kid not yet out of middle school. If a person isn’t impressed by him at this point then it’s likely they never will be since after a while the conscious choice not to be impressed is one that comes more from the need to hold onto an opposing ideology, which is pretty typical and is not to be disparaged, than actual common sense. Shapiro, who is still in his 30s, has accomplished more in his life at this point than many people have by the time they hit their 50s and is still going strong since his voice is one of the many that won’t be silenced when he has something that he feels the need to say. This is why he’s such an impressive character, but also a reason why many people tend not to like him, as he doesn’t sugarcoat anything.

Thinking that over the course of 24 years he’s only become even more noticeable for his contributions is a bit difficult only because it makes a person wonder just how he’s going to go in his life.