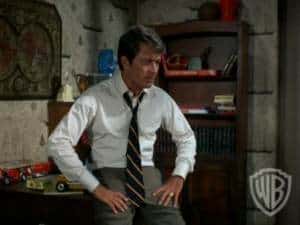 The Courtship of Eddie’s Father originally aired from 1969 to 1972, and was a cute family comedy about a young boy (named Eddie, of course), who tried to help his single father find love. WarnerArchive.com has released the series on DVD for the first time, and has treated TVOvermind to an exclusive clip from the series.

In the clip, Eddie invites a cute young girl to stay at the apartment that he shares with his father. His father (Bill Bixby, The Incredible Hulk), decides that he needs to draw the line for Eddie on when it’s appropriate to share — and when it isn’t.