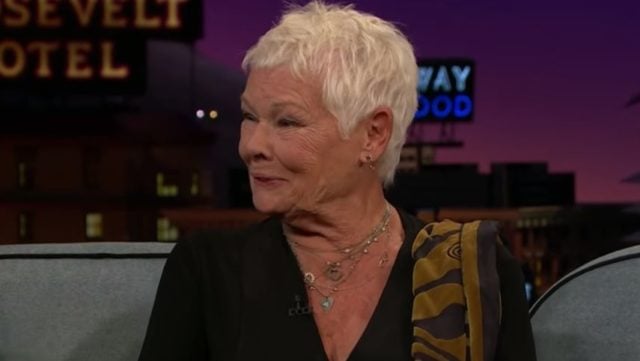 Have you ever tried to say your name a bunch of times really fast. Your WHOLE NAME, not just your first or your last. Of course Dame Judi Dench isn’t her full name but it is her title and name together. Try saying it just a couple of times and see how it doesn’t really roll off of your tongue. Several celebrities tried to say it and only a couple really got that far while Judi Dench actually made it around nine to ten times if you’re counting.

It’s a real tongue twister and not something you’d do just on a lark unless you have nothing better to do, or are James Corden. Don’t get me wrong he is very Â funny but it seems like he has a lot of time on his hands or has writers that have a lot of time on their hands. Some of the skits that come up on these talk shows are seriously funny but in some regards make you wonder if there’s more than caffeine being imbibed by the people in the room. Whatever silly sauce they’ve got running through their veins has the effect sometimes of really allowing them to whip out a skit that goes above and beyond silly.

That’s what makes the show special though, the ability to be silly and yet so entertaining. The time of the talk shows is far from done, but the silliness factor tends to come and go it seems. In truth it’s really what the audience likes and what humor is allowed to be most times, as the wrong type of humor can turn a person off to a particular celebrity while the right humor can either bring them back or make them stay.

I’m sure there are a lot harder names to say than Dame Judi Dench and it would be interesting to see if anyone would step up to take the challenge. Sometimes using a name in a familiar jingle could be useful, and James Corden even admits that he thought of the jingle used in Home Alone to singsong his way through Dench’s name. It has a ring to it really and sounds kind of nice but is still a bit nonsensical as well as funny.

Normally most people don’t tend to think of their name as a means of comedy but it could easily happen with most anyone. Just take your name and try to repeat it as many times as you can without stopping and going faster with each repetition. It gets harder and harder as your tongue is forced to form the syllables against your teeth and tap them out in a cadence that you’re just not used to since it’s not entirely likely that we all sit around doing this on a regular basis. If you do then kudos because you’re ahead of this particular curve.

Judi Dench must be one of those folks because she absolutely crushed her own name as she managed to repeat it several times before her tongue finally fumbled over itself.