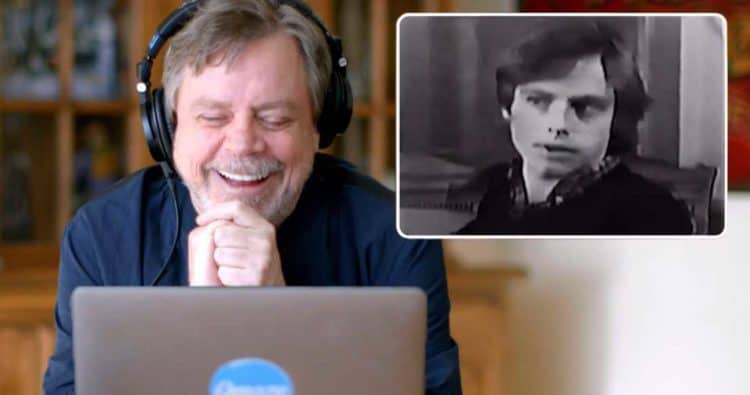 If you could go back and look over stuff that you’ve said and done in the past that made a huge difference in your life, would you do it? Just imagine the difference between the Mark Hamill of the 70s as opposed to now when he’s seen his iconic character nearly torn to shreds and reduced to an old, addled hermit living on a backwater world while the universe goes to hell around him. The revelations that Hamill unloads in this video are kind of amazing really and insanely interesting and what’s even better is that some lucky individual could possibly get the chance to talk to him all about it if they go to omaze.com as is mentioned by Stephanie Mlot of Geek, who talks about the fundraising event that’s taking place and will allow one or two individuals to have dinner and see the premier of The Rise of Skywalker with Hamill, an opportunity that you can easily imagine people have been jumping at. With only a little over a month to go until the movie releases it’s not hard to think that people are trying their best to be selected for this experience, since Mark Hamill has for a long time been a pop culture icon that helped to usher in one of the most fantastic stories ever told.

I’ll admit to being giddy just thinking about the chance to sit down with the actual Luke Skywalker and getting to talk about just about anything and everything that went into his first audition since for any Star Wars fan it would be the chance of a lifetime that they would never dare pass on. As it is I’ve already got my ticket and am hopeful for just about anyone that really wants to sit down with the legend and hear it from him just how this whole thing got going. Listening to the small bits of the audition that we’re given in the video makes it clear that as tightly knit as this story has become throughout the years, it didn’t start that way. A lot of the names were different when it comes to various elements of the story, and one can easily assume that Hamill and the rest of the cast were simply trying to keep up with George Lucas’ idea of how the story should go. As Hamill mentions it’s hard to even fathom just how much must have been going through George’s head was he was trying to oversee everything and get this movie off the ground. Somehow it happened, and today a lot of us are extremely thankful no matter what’s happened in the past two movies. Getting the chance to have dinner and see the premier with Hamill would be like a dream come true for a lot of fans since quite honestly the only thing that would make it better would be if the core members of the cast were able to attend, if a few of them were still around.

It’s amazing to think that Hamill had just met Harrison Ford and was so impressed by Carrie Fisher, but then a person has to remember that each cast member was still pretty young, Fisher was only 19 after all, and this was a new venture for all of them, and one that no one knew was going to pan out this well. Looking back on it now it’s great that Hamill can sit and laugh at his antics and the things he said in that audition since if you want to be real, people don’t talk like that these days, and auditions seem to have changed just a little bit since then. For instance it would seem that a lot of directors actually want the potential cast members to have some idea of what they’re doing, and if there’s no real knowledge of what’s going on then the person auditioning might not even get the part. Back during the audition however it does kind of seem as though Lucas was simply struggling to make ends meet, and he was willing to go with whoever he could make the movie work with. There’s no doubt that the casting call had to be a bit bigger than people want to think, but if this was the best then it’s also just as easy to think that people walking in thought they could act but proved that they just didn’t have what it would take to make this story work.

At this point and time it’s really too difficult to try and imagine anyone else in the place of the actors that took over this movie and made it into one of the best things to ever hit the big screen. There is only one Han Solo, one Princess Leia, and one Luke Skywalker for a lot of fans, and honestly the hope is that it will stay this way indefinitely.