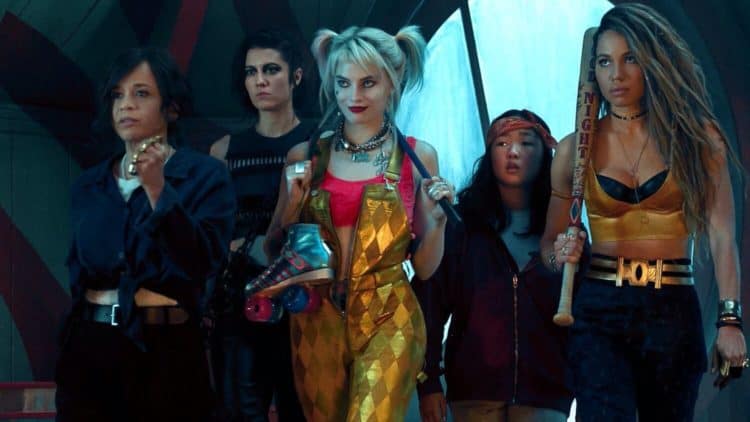 Watching stuntmen critique a movie based on their actions is fun since it’s accurate to say that stuntmen have a unique take on the action in a movie since they’re usually there and have done it more times than many people realize. In this instance, Birds of Prey is on the docket and the grade that it gets is kind of obvious since like it or not, the movie was kind of a flop and the action scenes kind of make it evident as to why at least in part. In the theater, it’s pretty obvious that no one is really watching the choreography that much, at least not when it comes to errors and anything that’s too over the top. But when the over the top moments come it’s kind of hard not to notice if you’re watching for it, or if you’re a stuntman. The idea of selling a stunt a little too hard isn’t something to really nail anyone too hard for, but in Birds of Prey, there were a few moments when the stuntmen were going for broke and kind of oversold the moves in a way that didn’t make a lot of sense but somehow made the women look a lot stronger than they actually were. Anyone wanted to argue about how strong some of these characters actually are would lose in a big way since even in the comics they’re fairly strong, but the laws of physics only get upended in movies thanks to movie magic, and because of stuntmen at times.

That’s how a simple leg sweep can send a person flying head over heels, and how a punch or single hit can knock a person out because it’s in the script. But the downside of this is that the stuntmen were working a little too hard in Birds of Prey since very few of the hits were believable and some of those that were thrown were a bit ridiculous when it comes to how effective they would be. I’ve been there with many fans thinking that some of the hardest hits that heroes and villains throw in the movies could actually put a person down, and it’s true, in the right circumstances and with enough force, there are hits that could put a person down in that manner, but not every person in the world is capable of this, and even the ladies in the movie wouldn’t be fully capable of it since flipping around, throwing ineffectual leg kicks and punches, and moving about in a choreographed manner is not how a fight tends to go in real life. Now granted, this is a movie and it needed to be as showy as possible in order to get the fans on board with the idea that Harley and her friends were that awesome, but at some point, they just get a little too awesome, and even comic book rationale can’t really cover everything.

The great thing about having an honest to goodness stuntman watching these movies is that they can tend to pick up on just about everything that’s going right and what’s going so horribly wrong. And with Birds of Prey, it’s not a chance to pick on the movie and punch down, but so many things just went wrong that it was hard to pinpoint just one area where the movie flew off the rails. Harley breaking it off with the Joker was an interesting plot point, and it powered a lot of theories and fan interest heading into the movie, but apart from that there needed to be something else that would really get people in the mood to see a Harly Quinn solo movie, and teaming her up with the Birds of Prey sounded like a good idea on paper, but somehow it just fell apart in the movie. Plus, the action sequences didn’t ever appear to get better since they didn’t use a lot of stunt doubles apparently, and as a result, the fight scenes came off as kind of half-cocked and not as good as they could have been had stunt doubles been used. This is what stunt doubles are for, after all, to make the movie looked a little better since they can take the hits, they can sell the hits, and they can create scenes that are completely believable. There are a lot of actors that work hard to make their own stunts work and Margot Robbie has been one of them in the past, but in this movie, it just didn’t work.

Let’s not take anything away from the effort that the ladies put in, as there’s no need to downplay the hard work that was endured to make the movie. But it really didn’t turn out that good, and the movie itself was kind of, ‘meh’.