Home
Movies
Watching Avengers Endgame 103 Times: Not Sure How We Feel About It 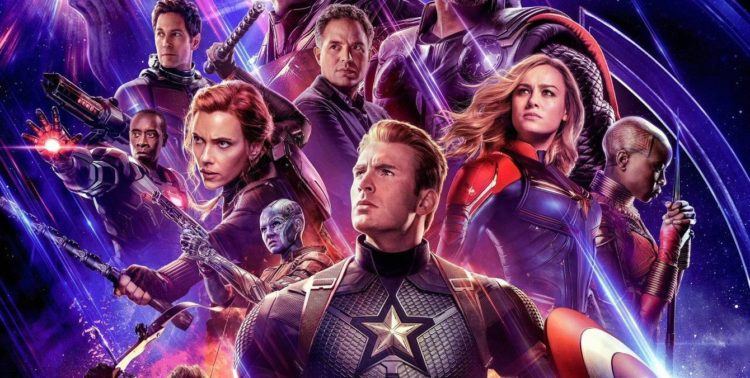 Gaining notice in the news is becoming insanely simple, well, kind of. Kevin Burwick of MovieWeb is one of the several that has decided to cover the act of Anthony Mitchell, and obvious fan of the MCU, who has seen Avengers: Endgame a stunning 103 times. given the price of movie tickets these days you can imagine that he’s pumped a good amount of money into the profits, possibly more than any one fan has done in terms of just purchasing a seat to watch the 3-hour epic again, and again, and again. Add on the cost of the visits to the concession stand andÂ  Anthony might have spent close to a couple grand on the movies just for this one feature. Plus, considering that Endgame has been out since April 26th it stands to reason that he’s spent a good part of the last month and a half in the theater.

Nikita Roy from Pinkvilla and several others seem to think this is an accomplishment, as Anthony has been praised by many for his ability to SIT in a THEATER for three hours at a time, watching the same movie, over, and over, and over. If your head is hurting as much as mine just thinking about it at this point then you might be wondering just how in the world anyone could possibly do this. Not only that, but why in the world would anyone think this is an accomplishment and not something that might indicate a person that has way too much free time. Granted, it was his choice and he had every right to make it. In fact he did the same thing for Avengers: Infinity War, and it managed to get him noticed as well. It might seem downright cynical but when one really thinks about it, would you do the same? Not only would three hundred and nine hours of the same movie be enough to make it almost impossible to miss anything, it really seems as though it might kill any and all interest in the movie that a person could ever hope to hold. Obviously that’s not the case, as Anthony might very well continue to do this very thing in order to show his level of fandom again and again.

According to Jamie Lovett of ComicBook he’s not the only fan either, as another individual, Agustin Alanis, has matched Mitchell’s number of viewings and even has documented proof of this since he took his picture with a different employee each and every time. Do you get the impression that the employees eventually wondered about his mental state? That might seem cynical and a bit dismissive of an ‘achievement’ that some folks might be willing to celebrate, but quite honestly it seems these days that anything and everything that goes beyond the norm is worth praising when people are able to prove that they’ve done it. Both men spent a boatload of money to see a film they obviously loved enough times to see every last little Easter egg and minute detail within the movie when they could have saved a lot of money and waited for a while to see it emerge on DVD and digital where they could analyze it and watch the movie again and again in order to get the sheer enjoyment out of it.

But that’s an opinion.

The reality is that if either man had decided to take the money that it cost to see the movie that many times and thereby get themselves in the news, they could have done something far more meaningful by perhaps taking a group of under-privileged kids that wanted to see the movie and buy them a drink and a bag of popcorn, or something similar. THAT would have been newsworthy, and that would have been something to praise them for. In fact it wouldn’t even have to be kids, they could have spent the money to give those that can’t afford this pleasure a good time at the movies and thereby be seen as decent and caring human beings that wanted to do something nice for someone else. Honestly they weren’t required to do this and it wouldn’t be fair to say that it was expected or required of them. It’s their money after all, but in terms of being written about by so many columnists and put in the news there are a lot better ways to go about it than attending a movie over a hundred times as the equivalent of saying ‘look at me’. Seriously, people these days seem to want to get attention so bad that they’re willing to do just about anything to push the envelope and make people stand up and notice them.

If you’ve watched even two to three movies in a day in a theater you can imagine just how much time these guys spent at the movies.