Home
TV News
Why You Should Be Watching Jail: Big Texas 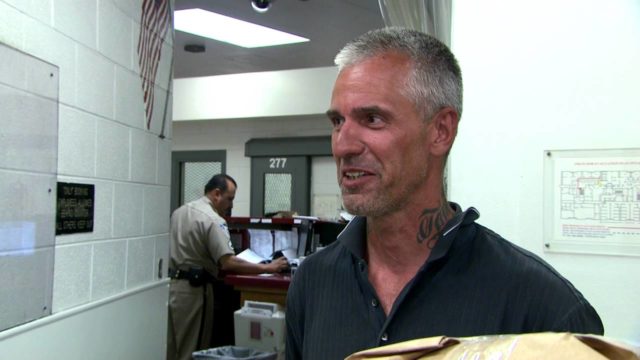 Chronicling the life of men behind bars has actually become a very lucrative industry inside the world of television. There is no shortage one-and-done documentaries, as well as some well-documented television series. It seems that Americans are fascinated with what goes on behind prison walls in this country. Spike, which is owned by Viacom has discovered just how lucrative the business is, with its series Jail: Big Texas pulling in major numbers as far as viewers are concerned. In fact, the network has already greenlighted a spinoff for the show.

So, why is jail and prison life in Texas so fascinating? Well, first of all, you have to understand the culture of Texas. When you are driving into Texas from any of its neighboring states, the first thing you will see is a sign that says, “Welcome to Texas” and the very next thing you will see is another sign that says, “Don’t Mess With Texas.” As a Texas native, what I can tell you is that sign is about as real as it gets. With over 200,000 inmates, Texas is the incarceration capital of not only the United States but the world. The state’s culture in dealing with criminals is simple and fierce and the handling of those who are either in jail or prison leaves a lot of questions to be answered.

When you watch Jail: Big Texas, you are immediately plunged into a sociological and cultural enigma that forces you to ask yourself some serious questions. Texas is a state that has officially taken a punitive approach to how it deals with offenders. For instance, the state prison system is referred to as TDC-J (Texas Department of Criminal Justice). The institution used to be known as the Texas Department of Corrections, but after being sued by former inmates and their families for not providing substantive programs to lower the recidivism rate, it simply changed its name and took a stance that its priority was not rehabilitation but the carrying out of sentences.

Something else that you will discover almost immediately after watching this show is that minor offenders like those serving time for theft and DWI infractions are housed with hardened criminals like murderers and aggravated robbers. In understanding that association creates assimilation, how likely is it that minor criminals will graduate into darker behavior?

Most importantly, the show reveals that even the most hardened criminal has a part of them that is still human, and this show introduces you to the humanity of these inmates, whether they are in jail awaiting trial or service out small sentences, or residing in a prison, they are people with families and lives that they left behind. You will also notice some that immediately remind you while they are in there in the first place – making you happy that they are not walking around in your neighborhood.

With the United States leading the world in the number of people incarcerated by far, to see how this particular part of our population lives is something that we all have a responsibility to do. We cannot ignore the fact that private prisons have become big business in the U.S.