Home
Movies
We Can Be Heroes is Shaping Up on Netflix: No Taylor Lautner Though 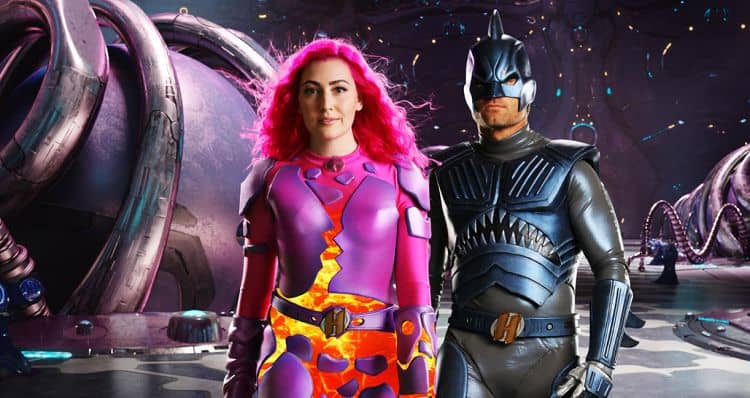 If you’re in your late 30s or 40s, or older, it’s likely that the only time you’ve heard of Sharkboy and Lavagirl would be from your kids or grandkids since it’s a fairly ridiculous story that was still picked up and enjoyed by a younger demographic that managed to find humor and adventure in the adventures of the titular heroes. We Can Be Heroes is already shaping up to be more of the same but is missing one of the more recognizable faces from the lineup since Taylor Lautner, who originally played the part of Sharkboy, won’t be seen in this updated version. Plus, it sounds as though Sharkboy and Lavagirl have tied the knot and had a kid in this entry, creating a daughter that has the combination of both their powers and is going to be setting out to save her father when a villain comes to kidnap the world’s superheroes. So far it sounds as though things are progressing nicely, but a lot of fans are already calling out the movie for using JJ Dashnaw in the place of Lautner. It’s not really known why Lautner isn’t coming back, but it does feel a bit irrelevant since it’s fair to say that Sharkboy could have grown up to look quite a bit different, and it’s also fair to say that Lautner’s career hasn’t really been going much of anywhere following the Twilight movies, even though it’s not for lack of trying.

A lot of people might remember that Lautner starred in the less than popular Ridiculous 6 with Adam Sandler and several others on Netflix and that he also starred in Scream Queens, but his career hasn’t really been hitting a lot of high notes lately. It’s possible that this is one reason that he wasn’t brought back, but then again, considering that We Can Be Heroes is a kids’ movie that is featuring a character that he helped to make popular over a decade ago it’s fair to say that he should have at least been given some consideration for the part. Getting past that idea though it does sound as though the project is moving ahead just fine and it will be something that kids will enjoy since it does cater to them in a very simple way that doesn’t allow for a lot of confusion. This is something that a lot of us can appreciate since it’s what we enjoyed when we were kids, no matter if some people want to state that we enjoyed enriching storylines that were a little more complicated. A lot of us in our 40s or older enjoyed stuff like Transformers, GI Joe, Rainbow Brite, My Little Pony, Justice League, and so on and so forth, so we don’t have a lot of room to talk since if anyone asked our parents they might say the same thing that a lot of us are saying, that the story is kind of ridiculous, but kids don’t care.

It’s interesting that Taylor Dooley, the original Lavagirl, was brought back for her role, but it’s likely something that fans will appreciate since it does keep some continuity. As mentioned though, kids likely won’t care as much so long as the movie has plenty of action and a convincing enough dialogue that they can follow. This is the great thing about kids’ movies since they’re meant to entertain and educate in some ways, but they don’t have to be nearly as complex as movies that adolescents and adults follow since without trying to insult children, the typical audience beneath the age of pre-teens aren’t always thinking of the intricate details they would like to see in a movie, they’re there to see something they like, plain and simple. There are definitely kids that are a little more discerning when it comes to their entertainment, but the average kid will watch something because it catches their eye and because it appears entertaining in some way. At that point, all that a movie really needs is plenty of action, moments that can be used to educate and teach a moral lesson, and enough believable dialogue that can be used here and there to amuse and capture a kid’s attention for a few seconds at a time. If you want to debate this then there are plenty of articles on what kind of entertainment kids want, but moving ahead, kids are pretty simple to please when it comes to movies. Make it entertaining enough and most kids won’t care if it’s a bit corny or cheesy, they’ll want to watch it anyway.

Time will tell if this is a worthy entry into the Sharkboy and Lavagirl saga, but at the moment it does feel as though kids are going to appreciate this return for a little while.