So it’s pretty easy to smile and think that this is a good impression of a Lego pizza, and it’s very easy to think that it’d be nice if the ingredients would dice and brown themselves once you cut them in real life. It would save a lot of time don’t you think? With that in mind a Lego pizza is something that seems kind of interesting since not only is the stop motion action kind of fun and quirky it’s also something that likely takes a good deal of time when it comes to positioning the Lego’s again and again. This is the kind of patience that some people have and others just don’t since I do recall when playing with Lego’s that I wanted to build something, be done with it, and move on. But some minds continually think about what they can do and how they can do it better and with more effect. And in the world of Lego’s that’s something that can produce an effect that’s fairly incredible at times since those that make films like these are without a doubt possessed of a great deal of patience that is nothing short of amazing.

Stop motion filming itself is something that seems to require the kind of nerves and attention to detail that would seriously vex some people and leave them wanting to tear their hair out by the time they were finished with a few frames, but for some folks it’s actually cathartic in a way and even seems to give them a purpose that is hard to define. Trevor Holmes from Wistia has a few tips to talk about concerning this. There’s a great deal of order in the chaos that comes from this type of filming and in a big way taking on a project like this is something you can’t help but think is for for those that have a lot of free time and a great deal of imagination towards the more mundane things in life. Let’s face it, making a pizza is great and it does require some skill and even some artistry, but it’s not exactly the most difficult thing in the world. Some people might get tripped up at making the dough, some on what ingredients they want, and then some might, somehow, get confused as to how to put it all together. But the general idea of a pizza is pretty simple. It’s the artistry of it all and the ability to really pay attention to the kind of detail that goes into this movie that’s impressive since a lot of pizza makers might tell you that there’s more to it than dough, sauce, ingredients, bake. I can’t argue with that no matter what I’ve said since some people take pizza-making to a new level that’s hard to debate considering that some folks make a pizza in the same manner as sculptors creating their masterpiece. There is that level of commitment when it comes to making a pizza after all and if you’ve never seen it you might need to visit a few more small pizzeria’s where the chef actually flings the dough and takes a great amount of pride in their work. It’s impressive if you’ve never seen it and comforting if you have.

Obviously with a Lego pizza it’s more gimmick and slightly less artistry since it’s something done for fun and effect, but it’s no less interesting for all of that since quite honestly, as I mentioned above, the patience that’s needed for this is the kind that you might find exhaustive and not for everyone. Still, if it gets the attention of enough people it could be a video sensation that might actually nab the artist a great deal of renown for their technique and skill so it’s definitely worth it and there’s nothing to say that it’s not art. Too many people take pizza for granted in all its forms and too many people seem to think that stop motion is for kids or is somehow less worthy than other types of filming. In truth stop motion is insanely impressive since having to move things around in a very minute way has to be so nerve-wracking for some that they might actually burn out after a while and need a year-long break just to get away from it. Think about movies like The Nightmare Before Christmas, that movie was filled with detail and micro-movements that had to take forever to get right. That kind of project almost makes this one look like child’s play by comparison, but it’s no less impressive despite that. I might not take my hat off to the person that did this video but I will state that it’s a worthy art form without any doubt since it does take time, effort, and a very real sense of direction and purpose to complete. 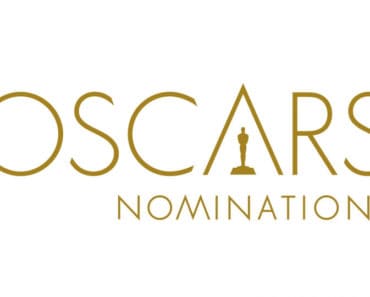