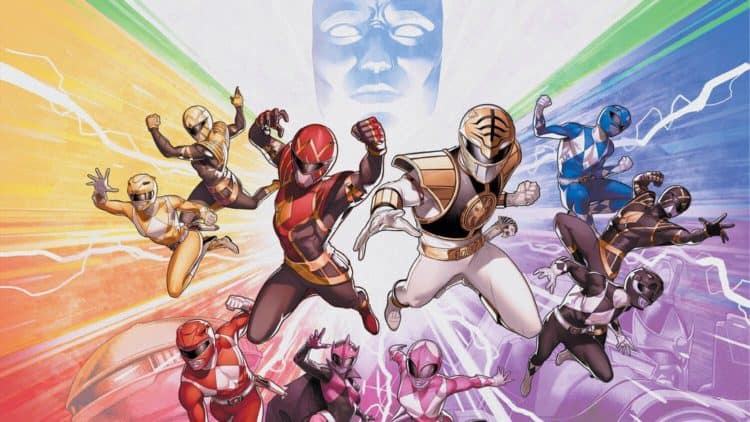 The story of the Power Rangers appears to die down every so often only to surge back and remind people that they haven’t gone away in any sense of the word and are still very much a popular idea in this day and age, much as they were in the 90s. But now it sounds as though the show will be leaning towards an animated series that could kick off at some point and possibly energize the franchise in a very big way. Despite the call for live-action, and there are still plenty of people that enjoy the live-action shows, animation frees up the show in a lot of ways since it allows for the kind of effects that can cost an arm and a leg when it comes to live-action since the limits of the human body and its capabilities have to be taken into account. Animation kind of erases the need to worry about that kind of quite as much since despite the need for some realism the ability to push the limits in animation is far more impressive at times since it doesn’t leave people wondering just how why the effects look so cheesy. Animation could become a huge bonus for this show since it offers up a way to keep the Power Rangers looking absolutely impressive and to possibly bring forth a new way to look at the show.

There are probably quite a few of us that enjoyed the Power Rangers when we were younger, then we grew up and either lost touch with them or found other pursuits that were a little more engaging and went on to enjoy them instead. Something about the show is still alluring though since in essence it is a superhero story and is also something that speaks to the kid in us, to a simpler time when we were still amazed by the fancy martial arts moves that the show put on display so often. Of course, when we grew up and learned that this isn’t how fights are usually settled, a lot of us might have rolled our eyes and gone on our way. It was entertaining at the time obviously, but upon growing up a lot of us probably thought that it wasn’t practical any longer. But thankfully the show and the idea has been picked up by the following generations and has been kept around long enough to become a legend in its own right since if anyone is keeping track, the Power Rangers have been around for a while.

The limits that will be broken once the Power Rangers are allowed to go animated could easily be enough to keep the show moving forward in a way that live-action show isn’t always capable of doing, since the idea that so much more can be done with animation is hard to miss. Of course, the interest has to remain, and as stated, it’s likely that as kids grow up they’ll continue to push the show to the side, as this happens with many other kids shows that people eventually grow out of. The thankful part is that a lot of us remain kids at heart and continue to enjoy the shows and ideas that were still popular when we were kids. This is a big reason why the Power Rangers are still around possibly since the fandom that the show has enjoyed for so long has definitely changed over the years and has continued to be replenished by younger fans that are being turned on to the franchise. Given how much the show has changed over the years it’s easy to think of why a lot of people that once loved the show have gone on their way, as there’s a lot to keep up with since the Rangers have been so diversified and there are so many different groups out there at this time. But maybe animation would help there too since the show could expand in a number of different ways that might reflect the many changes that have been seen over the years.

The Power Rangers were at one time a show that a lot of people thought wouldn’t last past the 90s since it was fun and it was engaging, but it also felt like an idea that was bound to have a time limit that would eventually run out. As of now though those people are likely surprised to see that the idea has continued along without fail and that it’s actually spawned quite a few different ideas that keep in line with the main point of the show. Where it will go from here is kind of unknown since there’s a whole galaxy for the Rangers to defend and there are always new threats rising. An animated series could be a good idea.