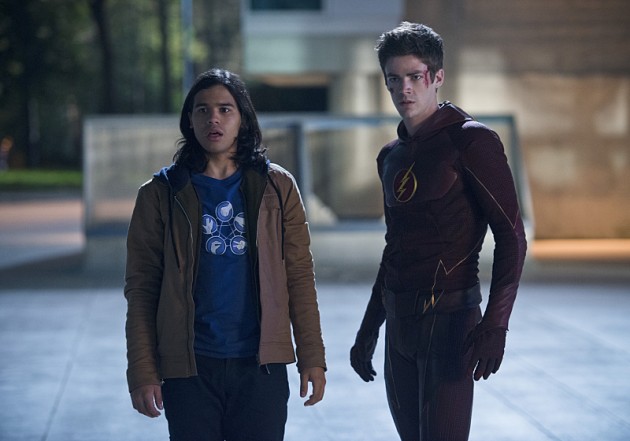 The Flash is consistently one of my favorite shows on TV. And yet, I’ve been trying to put my finger on what it is that makes the show stand out so much over such a wide, diverse field of TV. Simply put, it’s Barry Allen. He’s a hero. That may sound weird and obvious, but stay with me. He’s a hero. Do you know how truly rare that is on TV these days, without having to resort to putting “anti-” in front of the word?

An “anti-hero” is “a central character in a story, movie, or drama who lacks conventional heroic attributes.” Meaning, a hero with a lot of flaws who often makes questionable moral decisions. Out of every show in recent memory these days, how many anti-heroes are there? When you stop and think about it, it’s practically all of them.

Walter White is the most obvious choice in terms of TV history, but then you have Dexter Morgan, Jax Teller, Will Graham, and the entire cast of Game of Thrones, most of which are hovering somewhere between hero and villain. You have Rick, Daryl and everyone else from The Walking Dead and Philip and Elizabeth Jennings of The Americans, and even old school favorites like Tony Soprano and Vic Mackey. And you have Oliver Queen.

I think it’s best to juxtapose The Flash‘s Barry Allen against his predecessor over on Arrow. Queen is an anti-hero to his core. He was a bratty rich kid turned into a remorseless killer after enduring years of unimaginable pain and loss as a castaway/secret agent. He’s murdered dozens of people and constantly finds himself having to compromise for the greater good. It’s cost him all of his romantic relationships, and he’s watched exes and friends die right before his eyes. And in every line of dialogue, every look, you can see that anger, pain, and hate. 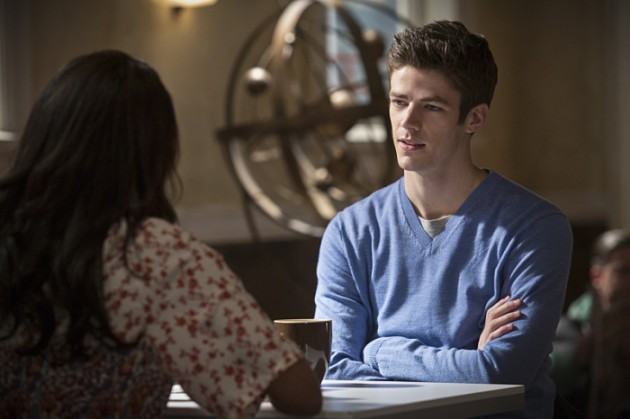 But Barry Allen? He’s a hero, which I guess using the opposite definition, is a central character with heroic attributes. Barry endured a trauma too, witnessing his mother’s murder and his father wrongly arrested for it, but rather than spending the next fifteen years brooding about it, Barry has grown up to be a normal, likable dude, and still is even after he’s granted super speed.

It’s this shift in tone that’s just so refreshing to see in a TV landscape overpopulated by growling, wounded anti-heroes. Obviously, most of the shows I mentioned are great, and this isn’t trying to take away from them, but I think part of the appeal of The Flash is that the show is just so pure, and most of that is due to Grant Gustin’s Allen. Likability is a huge factor here, as Barry seems like a good guy you’d want to hang out with. Really, the only time the show presents serious “anger” conflict is when he’s possessed by someone making him do bad things (similar to how Clark Kent used to go nuts off Red Kryptonite), or perhaps he’ll fight for five minutes with another cast member about someone who should or shouldn’t have kept a secret, or something equally innocuous.

It’s becoming clear to me that The Flash‘s Barry Allen is carrying the Clark Kent torch that was dropped after Smallville ended. Clark was so consistently pure of heart on that show it was almost sickening, but he was the moral glue that held the central concept of the show together, and made you care about his relationships with the rest of the cast. We see that too with Barry. The most engaging part of the show for me isn’t The Flash fighting superpowered bad guys; it’s Barry telling Iris his true feelings, bonding with his surrogate father Joe, or getting drunk with Caitlin. Moments like these happen frequently on The Flash, where in most modern “gritty” shows we’re lucky if anyone in the cast ever cracks a smile.

I like Arrow, and I think Oliver’s broodiness works well within that universe. I like Breaking Bad and Game of Thrones and The Walking Dead and all the rest too. But there’s something to be said about the undeniable appeal of Barry Allen, a hero-hero in a land of anti-heroes.