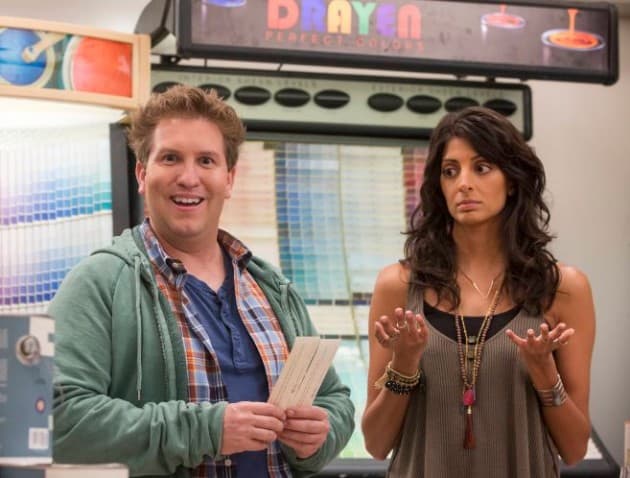 Weird LonersÂ is one of those FOX comedies that feels dead on arrival, destined to live out a fate like many comedies before it (Enlisted, Ben & Kate, The Goodwin Games… the list goes on and on). The problem is really how good it is: like the shows I just mentioned,Â Weird LonersÂ is an attempt at a broad style of comedy (mid-life identity crises, with a romantic bent) that actually tells a very specific, nuanced story – a mix that just never works at FOX, especially comedies the network only orders six episodes of (this strategy was recently employed by NBC: thoughÂ About a Boy lives,Â the superiorÂ BentÂ andÂ Best Friends ForeverÂ were burned off in a month’s time). It makes watching the first two episodes of the show so damn frustrating, because there is aÂ goodÂ show here, and after the first two episodes,Â Weird LonersÂ already has a surprisingly good grip on what works.

There are still some kinks for the show to work out in its extremely brief lifetime, but it’s amazing how wellÂ Weird LonersÂ understands its characters and their flaws. By nature, comedy is a sad, bitter endeavor, one that regularly looks to make people laugh in the misfortune of others, so it’s understandable if a comedy struggles to balance the endearing and unappealing in its first episodes, as the show wants to portray a specific angle of a character to engage an audience. Weird LonersÂ does nothing of the sort: it doesn’t hold back from Caryn’s desperation, Eric’s immaturity, or Stosh’s womanizing a bit – in fact, its these three traits that ultimately bring these characters together, at an engagement dinner for Caryn, who promptly breaks up with her fiancee (in front of three strangers, one who was kissing her neck but five minutes earlier) due to a lack of passion in their relationship.

Those last two sentences basically paint a picture of everyÂ FriendsÂ clone produced in the last two decades.Â Weird LonersÂ pushes away from that predictability, however, by embracing neither the good or bad in its characters, instead choosing to focus on the spiritual, mental, and emotionalÂ progressÂ of these characters, particularly when influenced by each other. What it makes for is a very odd little comedy, one that gleans humor from Caryn bringing Stosh down to Florida to pretend to be her fiancee, so her sick grandmother can finally die in peace – but also presents that moment as a revelatory one for their young relationship, a moment where Stosh’s frat boy facade and Caryn’s Mid-30’s Woman In Crisis tendencies fade away, and create something genuinely touching, and beautiful.

By the same token, Eric isn’t just painted as the fat, goofy white boy rendered mentally challenged by his innocence: Weird LonersÂ spends a lot of the first two episodes poking around the emotional hole the deaths of his parents have left in his life, exploring his damaged psyche in ways that, surprisingly, aren’t exclusively played for laughs. The second episode sees him and the free-spirited Zara “communicating” with his dead father, a story that takes into account what Eric’s presumptions about Zara’s ability to communicate with the dead (her character is still a bit of a cipher, a free-living “artist” who moves in with Caryn – butÂ WeirdÂ plays with that a little bit, too), and instead of playing it up for awkward humor tinged with ridicule of the silly, overweight man child, is actually a moving little observation of a child mourning the two people who raised him, adding a touching element to a B-story that really didn’t even need it.

That just doesn’t happen often in a young comedy – and it’s that final act of “Weird Dance” that really sealsÂ Weird LonersÂ as an interesting show to watch, one that is unfortunately destined to be immediately forgotten by television audiences (the premiere debuted to less than 2 million people, which is not a promising sign). Led by great performances from Becki Newton (who needs to be hired more often; she’s always terrific, even whenÂ HIMYMÂ made her a vindictive ex-stripper) and Happy Endings’Â Zachary Knighton,Â Weird LonersÂ quickly sidesteps the predictability of young comedies of its type (save for the super-white casting; that unfortunately, is prominent, even in the show’s small cast), offering more than enough moments of nuance within its traditional stories to engage viewers – qualities that, unfortunately, appear to seal the show’s fate before it ever gets a chance to spread its wings. 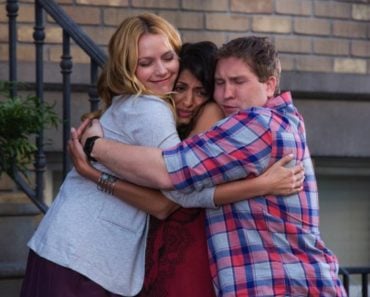 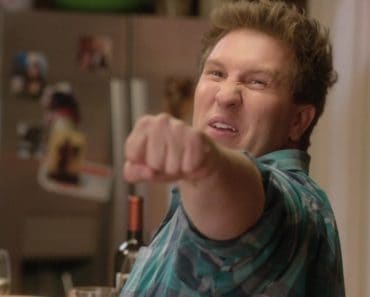