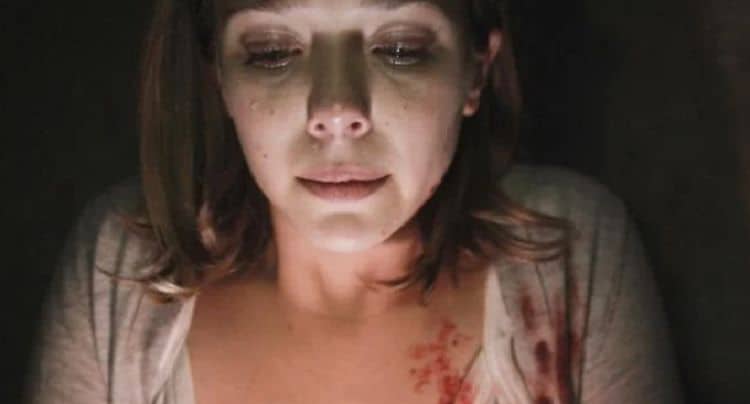 It’s bound to be a little different to see Elizabeth Olsen in a different type of series after having seen her play the character of Wanda for so long in the MCU, but her turn as Candy Montgomery is a role that many people happen to believe she can rock quite well since her time in the MCU, though extensive, isn’t the only acting that she’s done to date. It’s bound to be one of the more disturbing roles that she’s taken on since if anyone’s read the real story of Candy Montgomery they’ll know that Elizabeth has her work cut out for her. The story of Candy Montgomery is one of attraction, sexual desire, betrayal, and murder on the part of a woman that no one ever suspected would be capable of such a thing. The story is one that happened decades ago, but the desire to bring to the big screen is something that feels natural enough since Hollywood is always on the lookout for stories that are going to shock and disturb the general public given that some of the things that happen in real life are even worse than anything that could be shown on the big or small screen. Montgomery entered into an affair with the husband of her friend long ago, finding that her own home life was simply too boring to sustain her in the manner she desired. The thought between her and the man in question was that they would enter into the affair and call it off once things got too personal since the basis of the affair was to enjoy a different and more satisfying sexual experience that both of them wanted so badly. But if anything has ever been learned about humans and sexual encounters it’s that coming into the act with firm expectations of what’s going to happen and what will happen is one of the least intelligent ways to go about it. And when marriage is involved, things are bound to get messy since feelings tend to muck everything up.

But no one saw this coming apparently when Candy and her friend’s husband, Allan Gore, decided to enter into an affair and thereby keep the secret from their spouses and everyone. They planned their affair as well as one could imagine, planning their meeting times, where they would go, and making stipulations concerning the affair before ever starting it. Having sex with random people and with those that one doesn’t really care about is one thing, and while it’s callous and even reprehensible depending on how it’s conducted, having sex with a friend’s spouse is enough to allow emotion to creep in no matter how hard a person tries to keep it out. Even worse was that the affair was going on while Allan’s wife Betty was pregnant, which is enough to make one think that this limited series might make a lot of people feel a certain way about the characters. One can only imagine that Olsen will be getting a few looks and snide comments from those that aren’t always able to fully disconnect fiction from reality, but the hope is that she won’t have to put up with it that much. It’s amazing how many people actually take movie roles seriously, but in this case, some might actually take the time to read the case of Candy Montgomery and wonder why Olsen decided to take the role. The easy answer is because it’s a job and taking on the role is something that actors do. The more complicated answer would likely take an in-depth interview and until that happens then it’s best to simply think that she thought this would be an interesting role to act out.

It’s very true that actors sometimes take on very controversial roles since there are people out there that might make one wonder why anyone would bother telling their story apart from what’s seen in the news. It’s hard to explain in a manner that everyone will accept, but those stories are still something that stands as a part of human history, and the entertainment industry still views them as viable tales that can be used to entertain people. It does sound incredibly morbid when it’s really thought about, but the fact is that people want to see the morbid, strange, and horrible stories that humanity can produce without any help from the entertainment business. People pay to see these stories played out no matter that they’re often exaggerated and blown out of proportion for the viewing pleasure of the audience that watches them. But getting back to the point, Elizabeth Olsen is going to be given a worthy challenge to play the part of someone that was seen as a decent person up until she chopped her best friend up with an ax.