Home
Entertainment
We’re Proud of Her But Why is Jenna Jameson’s Weight Loss National News? 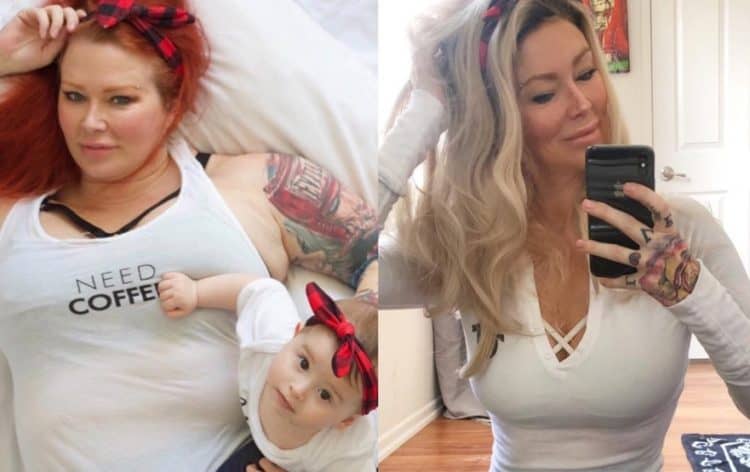 This is when you know that people have nothing better to do, when the weight loss of a woman that many men used to drool over is now national news. Far be it from needing to shame anyone, but as Jessica Napoli of Fox News seems to be saying Jenna Jameson’s weight loss is something inspirational that people should be paying attention to. No offense, but why? It’s true that Jenna has been a rather popular person throughout the years as her days of being a porn queen are behind her now despite the fact that she was once one of the most sought after individuals in the industry, but these days it seems that she’s been less than prominent in the news, at least until this news about her losing weight.

After giving birth to her daughter it seems she gained a bit of weight, which…..seems natural really since a lot of women go through this. While it’s not exactly desired she did manage to gain about 80 pounds and was actually diagnosed as pre-diabetic. Yet for all that she did seem to state that this was what reality looked like and that it was to be embraced and not shamed. Yet now she’s gone on a tear losing the weight and getting herself back in shape while stating that she felt miserable while she was overweight. Kudos to her for getting in shape and for feeling so much better once she did, but is that really news? The inspiration she can give others is great and all, but was it worth more than a news flash?

Maybe it’s because of pieces like those written by Joelle Goldstein from People that seem to detail just how she did it, meaning that others might find it useful. Or maybe it’s just that people have nothing better to do than scan the newsfeeds in an attempt to find something interesting and worth a few minutes of their time. Jenna Jameson was quite honestly an impressive personality at one time and was a goddess in the adult film industry. But time and a great deal of controversy that seemed to follow her after quitting the adult film industry seems to have left a bad taste in the mouths of those that would have once come to her defense about anything. In fact if you really want to know where her wheels started slipping from the tracks you should take a look at a piece from the CheatSheet by Aurora Snow and Marlow Stern detailing just how Jenna started making her voice heard on Twitter. Jenna’s fame has been stuck fast in mediocrity for a decent amount of time no matter how many might want to defend her position by saying that she’s still got it. The moment she decided to not be an adult film star any longer was kind of when it started fading to the level it’s at now. That’s not to say that she’s broke as a joke and all but forgotten, hardly that. She’s still taken care of in a financial sense and at this point is back to her slim figure, but in terms of being the “it” girl that she used to be….yeah, no.

That’s why this whole weight loss matter seems like a giant puff of wind from nowhere that comes and is gone in the next second. Propping it up and making it seem like something more than what it really is, another stab at being in the spotlight, makes it seem as though Jenna might be missing the attention no matter that she’s a family woman now and, brace yourselves, doesn’t have the necessary talents to make it in the world of acting or much of anywhere else. Oh yes, I can almost feel the hate rising off of many people upon saying this since Jenna has been a successful entrepreneur in her time and has made more money than many of us will ever dream of, but the fact of the matter is that for a good chunk of her life she was an adult film star, and that was what she was good at. Beyond these films she’s not much of an actress and she’s not quite as interesting as you might think. There’s no attack being made on her character since she seems to be enjoying herself as a mom and a wife, but the facts remain that busting into the mainstream was never bound to be a big success story for her unless it was a series of cameos that allowed her to cash in on her adult film star status. Trying anything other than that was bound to be an epic failure since not many adult stars have ever gone on to have success in mainstream films.

So congratulations to Jenna for losing the weight, she looks great and she looks happy. But seriously, onto the next story please.