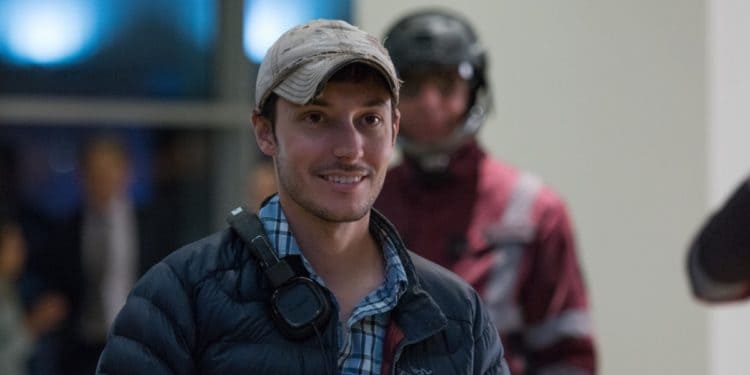 Most of the time our ’10 Things’ lists consist of facts about television, screen, or social media celebrities, or even the super-rich who are famous for their money alone. It isn’t very often that we get to switch up out of that norm, but today’s list does exactly that. Rather than pouring over information about a reality show star, financier, or skateboarding prankster from YouTube, we get to dive into the life of someone from behind the scenes: A director named Wes Ball.

Besides being a director, Ball has experience in other professional arenas that are part of the filmmaking arts also, but directing has been his claim to fame thus far. He is probably best known for ‘The Maze Runner Trilogy’, the first of which was a 2014 movie based on the book by James Dashner of the same title. ‘Maze Runner: The Scorch Trials’ (2015) was the second of the three, and 2018’s ‘Maze Runner: The Death Cure’ was the third. Ball directed all three.

So, by now you are likely wondering who Wes Ball is, besides a Hollywood director. How old is he? Is he married? Where was he born and raised? All of these are good questions, as the answers tend to contribute to the human being who lives today. If you want these answers, and even more, you have come to the right place, because we have set about discovering the answers for you and submitting them for your approval. Below are ten facts about the life (and person) of Wes Ball. From his birth to today, in no real discernible order, we give you the answers. So read on to learn more about this talented up-and-coming film director.

Ball was born on October 28, 1980 in Florida in the Untied States; he is a 39-year-old Scorpio. Much searching did not reveal the name of his parents or whether or not he has siblings. Wes seems to be very private when it comes to his personal life and childhood. Wes is active on social media, but even a check of his pages didn’t divulge this info. Hopefully we’ll narrow it down in the future.

Wes attended Crescent City Senior High School as a teen, then enrolled at Florida State University College of Motion Picture Arts. It was there that he studied for, and earned, his Bachelor of Film Arts degree in 2002. His contributions while in college included the animated film ‘A Work in Progress’, which he wrote, directed, and edited as part of his thesis work. That work was recognized when he won a Student Academy Award for the short film.

3. Other Jobs and Career Choices

Wes is also a graphic artist and visual effects specialist. He briefly worked for an animation company before getting his big directing break. The company was called Oddball Animation. Though he is trained and has experience in these other two fields that is undoubtedly priceless to him as a director, these areas are not his central focus. He is a film director, first and foremost.

According to social media, as well as Peoplepill, Wes currently lives, and mostly works, in Los Angeles, where he relocated after graduating from Florida State University. In fact, he moved to LA with the sole purpose of pursuing his personal dream of becoming a director and making films. Well, he certainly went to the right place.

Wes was first noticed when some bigwigs at 20th Century Fox happened to view one of his animated shorts entitled ‘Ruin’. The executives saw the movie and immediately offered we the opportunity to direct ‘The Maze Runner’, which was based on the book. It just happened to be Ball’s first full-length feature film, and he was given an a first-time director’s dream budget of $34 million with which to make the movie. As it turned out, ‘The Maze Runner’ earned an incredible $348 million in at the box office for 20th Century Fox . That’s one heck of an investment, and an even better return for the money.

With his primary income source being from his directorial efforts, Ball has really had only one career that could be used when his net worth was being assessed, regardless of his other professional skills and interests. With that being said, as of this year his net worth is estimated to be more than $1.2 million. Information on his per-project salary is not available at this time.

Born on October 28, Wes Ball is a Scorpio. Scorpio men are considered very secretive, and their personalities are commonly somewhat guarded from the perspectives of those around them. They can also exhibit great passion, but tend to commonly have a jealous streak. Some of their common attributes include being confident, dominant, ambitious, and highly sexual, while some of the set backs they can exhibit include being angry, resentful, and overly jealous, to put it in a couple of words. When considering all of this and trying to fit the Scorpio male into a descriptive nutshell, he can be summed up by saying that he loves with all he’s got, and he hates with all he’s got…it’s as simple as that.

This may be a bit difficult to cover for you, but we’ll give you the best information out there. Remember, Ball seems to be very guarded when it comes to his personal and family life, and that’s understandable. As of this writing, Ball has been extremely busy with his career and the making and promotion of his film projects, which he shares much of on social media. There is nothing in the press or on social media that suggests he is currently married or in any kind of relationship, and we feel confident when we say we do not think he has any children. His life, both professionally and socially, is very active and very busy otherwise.

During the making of ‘Maze Runner: The Death Cure’, Ball’s lead actor for the film, Dylan O’Brien, was injured while on the set. According to USA Today, during the third official day of shooting, O’Brien and other crew members were working on shooting a particular stunt when things, for some reason that isn’t detailed, went awry. O’Brien suffered a head injury as a result, and it was so severe that the movie’s entire production had to stop in its tracks for months while the actor and stuntman recovered. The best we can piece together is that O’Brien was attempting to climb on a moving train when the accident happened.

Well, it’s fairly obvious to us that from the start director Wes Ball pretty much knew what he wanted to do in life, and he went out and did it. From high school and his subsequent choice of college study, to his award-winning thesis film, and all the way to the present as he works on multi-million dollar budget movies and brings them to success, he envisions his outcome and brings it to life. This is admirable, to say the least, and if he stays true to form the world will be enjoying his movies for the rest of his life and ours. Kudos to Wes Ball; we are all looking forward to his Planet of the Apes offering…and anything he brings into the public eye after that.