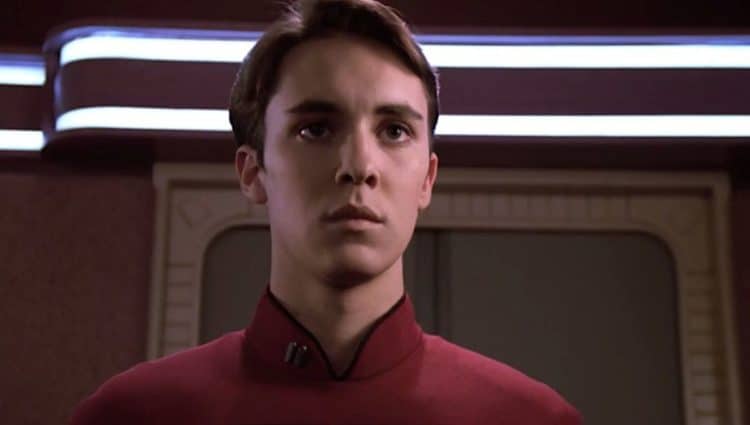 There have already been a few familiar faces on Picard, so why not add one more? Wesley Crusher hasn’t made his way back yet and wasn’t really expected to in season 2 according to Christian Bone of We Got This Covered, but it’s a belief that he will be making an appearance in season 3 once the shutdown is over and the show is made a priority once again. Whil Wheaton hasn’t been a big part of the franchise, on camera at least, for quite some time so it might be intriguing to see where his character has ended up after all this time. With Picard already bringing back several faces from the franchise that have been seen in one manner or another, it’s likely that Wesley could be part of a bigger group that will unite to fight a common enemy, or it could be that he’ll have distanced himself from anything to do with the Enterprise and its former crew. That doesn’t feel likely, but it’s always an option to consider since until he’s on screen there’s really no way of telling. What is easy to tell is that the season will be a while in coming since things aren’t really moving at this time and it’s going to be a while before they are. Whether the show will remain a priority by the time everything gets to start moving again is hard to tell, but it’s very likely since Picard has been one of the favored shows since it started up.

Wheaton’s character on Star Trek has been at least a little divisive throughout the years since Wesley Crusher has been a favored character to some and an irritant to others. That might sound harsh to say of any character but realistically he was the youngest member aboard and kind of had to grow up a bit on the show. He’d already experienced life in show business at that point as he started out fairly young and in projects that were a little more demanding than Star Trek, such as Stand By Me. Watching him grow up a little more on Star Trek however was great for some people since they had the chance to watch a young kid become an integral part of the crew as he was put through his paces one by one and quite often found a way to push forward and prove that he was a valuable part of the crew that could no longer be discounted. Thinking that he would one day gain his own command feels as though it’s taking things just a bit far, especially since the strength of Wheaton as an actor and a character just doesn’t feel as though it’s on par with the captains that have come before. There’s a certain quality that an actor needs to possess to assume any type of authority, and unfortunately in Wheaton’s case he’s always looked a little too fresh-faced to really be a convincing leader. As Gordie LaChance he was a little effective as a type of leader, but in truth he was more or less a moral compass for his group while Chris, played by the late River Phoenix, was more of a leader than Wheaton could be.

That’s not to say that Wesley couldn’t be a leader at all, but not of a starship or something that might require him to make a life or death decision for an entire crew. If anything he’d be best as a teacher, a mentor, or even a department head at a school somewhere. But ifÂ  Wesley is brought back and made into a leader of a crew then there had better be one heck of a transition on Wheaton’s part, since it’s not just his character, but his entire look and bearing that doesn’t really scream ‘leader’. It’s not an insult to the real person or the character, simply an observation that feels right considering that throughout his time in Star Trek he’s been seen more or less as a cadet and an ensign, but he did become an officer, despite the fact that he’s not cut from the same cloth as other captains. If he does return still as an officer or as someone of higher rank then it’s hopeful that we’ll see some change in the man that will make this feel justified. Otherwise it could be kind of a cosmic goof that puts Wesley in charge of his own ship. Maybe I’m wrong and maybe he’ll do just fine, but for one reason or another, a lot of us are bound to see the young boy that Wesley used to be instead of the man he would become, especially since Wheaton really hasn’t changed much throughout the years apart from getting older just like everyone else. We’ll have to wait and see.