Home
Entertainment
Wesley Mann: The Guy Who Said, “I Think He Took his Wallet” in Back to the Future 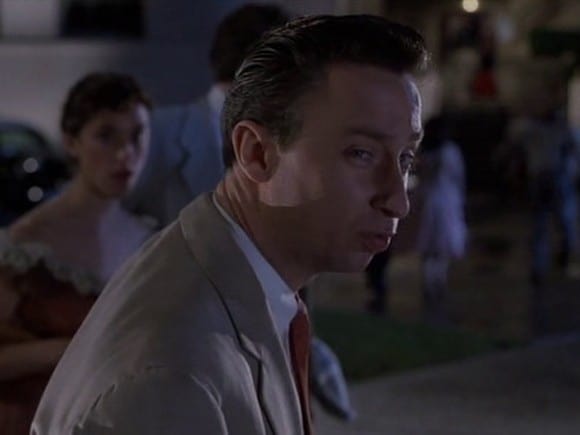 The character actors you see in movies and on TV are a dime a dozen some would say, but in truth they’re kind of the backbone for a lot of productions that would otherwise be missing an important piece aside from the main stars. Wesley Mann is one of those actors that became a bit-player and never really left the role. He’s been seen in a host of TV shows and movies throughout the years. He’ll pop in and then pop right back out just as quickly with as few lines possible between him and one or more characters in the production.

Here’s a few things you probably didn’t know about him.

5. He has a pretty impressive resume.

Mann has actually racked up a long list of appearances no matter how short a lot of them are. He’s been a part of so many productions you would have expected him to take on a lead role at this point but he has yet to do so. Maybe that’s his thing though. He might enjoy being a character actor and doesn’t want to break out of it for anything other than another small role.

4. He’s been active for a long time now.

Mann’s been active since the 1980’s, which is long enough in anyone’s career that you would think he’d have done something a lot bigger by now. But he keeps plodding along in his various roles, popping up where you don’t fully expect him and giving his customary deadpan lines that have made him such a recognizable guy.

3. He’s more of a character actor than anything.

If you’ve seen him at all it’s because you were watching close enough. He’s shown up in so many different places that you might think he’s a master of disguise. Well not really, but he definitely has put in the work on a good number of roles with only the bare minimum of lines and the barest hint of a different expression.

2. He has the same expression in pretty much every appearance.

Seriously, he looks annoyed even when he’s not playing a role, almost like he stretched his face that way on purpose so that he could look perpetually frustrated with the world in general. It’s an interesting look and it’s landed him a lot of roles but it’s kind of hard to take him serious when that seems to be all he has. Well that and the fact that his characters are usually pretty annoying.

If you’re watching a program where he shows up you can’t miss him unless you look away for a moment. He’s unmistakable with his customary attitude and long-suffering look that says he’s either experiencing extreme bowel discomfort or he’s just perpetually annoyed with something, anything, or everything. I would almost guess the former but the latter is probably more realistic.

Wesley Mann will be known for a lot of roles but two that come to mind are the guy from Back to the Future 2 and Mr. Kessler from Angus.