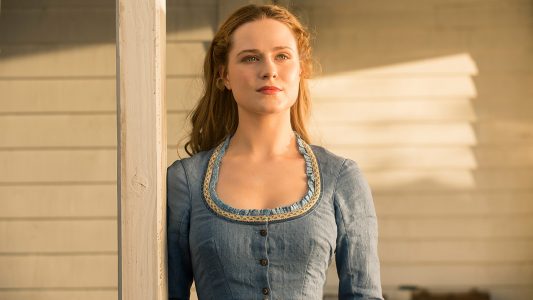 Much has been made about HBO’s need for an heir to current crown jewel and cultural phenomenon, Game of Thrones.Â  While still the king of prestige television, HBO has had some recent misses such as the excoriatedÂ True DetectiveÂ season 2 and the highly pedigreed failureÂ Vinyl. With the beloved fantasy series soon at an end, HBO has been looking for something to take its place. So a great deal of pressure and attention has been placed on freshman sci-fi drama,Â Westworld. Perhaps over time it will become as critically lauded and phenomenally successful as GoT. But even though Westworld is currently occupying Jon Snow’s timeslot, it is actually the spiritual successor to ABC’s beloved and divisive series, Lost.

Spoiler Warning for Westworld through Ep. 8 “Trace Decay” Ahead

I am not the first to make this comparison but I think it deserves a bit more digital ink. Lost in many ways was one of the sparks that set off this renaissance of Golden Age Peak TV. The serialized, character-driven drama spawned countless imitators during its time and after it was gone. Despite their best efforts, none of these shows were able to capture what made Lost so special, controversial finale notwithstanding. From the magnificent pilot onwards, Lost wove an intricate web of mystery with layers of puzzlesÂ for the audience to solve. At a time when DVRs were less ubiquitous and social media was in a more nascent stage, Lost was truly appointment TV and the quintessential watercooler show. Finding out the answer to Charlie’s “Where are we?” question drove fan interest in the show. Shows likeÂ Flash Forward andÂ The Event crafted complex mysteries full of conspiracy and depth to try andÂ duplicate this success. Although these shows and others like them made valiant attempts (I actually really liked Flash Forward), they unfortunately missed the forest for the trees.

Lost’s many imitators sought to create compelling stories with big questions and maybe, unlike Lost, universally satisfying answers. But, where they erred was in focusing on the questions that would drive interest instead of focusing on the characters that would make the answers matter. These shows used characters to serve a story while Lost used story to serve its characters. All of the jaw-dropping moments and tangled plot lines don’t matter if the audience doesn’t invest in the characters. Through Lost’s brilliant use of flashbacks we came to know the passengers of Oceanic Flight 815 and we cared about the mystery around them because we cared about them.

Enter Westworld. In the wake of last week’s huge reveal, the similarities between this show and Lost are becoming ever more apparent. I cannot remember a show since Lost that has inspired this level of hypothesizing and fan interest (GoT doesn’t count because of the books that many viewers had already read). The compulsion to rewatch episodes to lookÂ for clues is reminiscent of pausing an episode of Lost to seeÂ a corporate logo on a shark’s tail. The various theories the internet has concocted to explain the show’s mysteries have become conversation starters among friends and strangers. But big questions and shocking answers do not alone make this a great show. What does is that we care about the characters caught up in this invisible and suffocating web of immorality, corporate espionage and an inventor’s God-complex.

The revalationÂ about Bernard mattered because the show created a human character with fears and doubts who has experienced loss and then revealed him to not be human at all. Like the tragic lives of the Losties, the mystery reveals the deeply flawed humanity of the characters, biologically human or not. Dolores’ story fascinates because she is finally gaining agency over her life and seeking some measure of freedom from the horror and sorrow that have followed her since her very creation. Meanwhile, Maeve is implementing a take no prisoners approach to her escape. There is even a possibility that in William’s story, we are seeing a Lost-esque flashback take place in long-form. Although not confirming this theory (yet), this week did show that we are dealing with multiple timelines to some degree and that the past weighs heavily on these characters. We hadn’t been able to empathize with the Man in Black because his mission seemed so abstract, but his conversation this week with Teddy shed a bit more light on his past. If we are seeing how he became who he is then we can perhaps better understand his cruelty. None of the Losties were flawless paragons. Eko, Kate, Sawyer, Ben and even hero Jack, could be seen as less than good and even genuinely bad people. But, as we learned more about the life that made them who they are, we discover that humanity does not allow for moral absolutes on either end of the spectrum. The same goes for the characters of Westworld. Though they may wear white hats or black hats, they should all be wearing grey.

As we enter the home stretch of the season and on the heels of a season 2 renewal, there are many questions in need of answering. Who is Arnold? What is his plan? What is Ford’s new narrative and endgame? Is William the Man in Black? If so what happened to him? Will Maeve escape? What is the maze and what happens if you reach the center? Much like Lost,Â when this season ends I imagine there will be more than a few long lists written of lingering questions heading in to season 2. Hopefully Westworld will be more successful giving satisfying answers than Lost was. That this show has inspired the same type of speculation and level of interest as that iconic series is a feat no others have matched. All credit due to the creators, who took their time to ensure that they crafted a complex story with rich characters who made the tale worth telling.

As Anthony Hopkins’ Dr. Robert Ford so eloquently stated, “A couple of cheap thrills, some surprises, but it’s not enough…titillation, horror, elation, they’re parlor tricks. The guests don’t return for the obvious things we do, the garish things. They come back because of the subtleties, the details.”All of the series that wanted to be ‘the next Lost’ dealt mainly in parlor tricks, the obvious things that Lost did in an attempt to duplicate that success. In so doing they were exposed asÂ merely cheap imitations. Westworld does not lack in subtlety and the details do not go unnoticed, and it is for these reasons that Lost finally has a worthy successor. 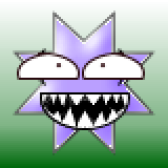 Nick is from Baltimore and has a background in communications and film studies. He thinks the five best TV shows of all time are Lost, BSG, The Wire, Friday Night Lights and Breaking Bad.