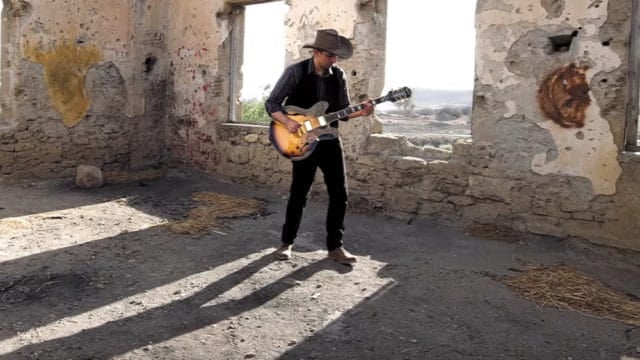 If there’s one truth about the HBO series Westworld it’s that the show is incredibly popular and people are chomping at the bit for a second season.Â Â  While that may be an obvious fact I bring it up for a reason.Â  Not everyone loves the show.Â Â  While its fans are die hard some people are having a tough time absorbing it all.Â Â  Some say that the show deliberately withholds information, spends too much time obscuring itself in mystery, and that the rest of the show isn’t interesting enough to justify doing all of that.

Again, this is what I’ve read.Â Â  It’s not necessarily what I believe or what you believe.Â Â  That said, while we wait until what’s more than likely 2018 for another season, we can still enjoy some of the amazing things the show has produced.Â  One such amazing thing is their theme song.Â  But considering the show’s title of “Westworld” it’s not exactly a Western song is it?Â  No.Â  It’s more mysterious and sci-fi than anything else.Â  But what if it actually were a Western Song?

Glad you were asking?Â  The Awesomer points us to this cool western cover version of the show’s theme song.