Home
Movies
We’ve Finally Got Some News about District 10 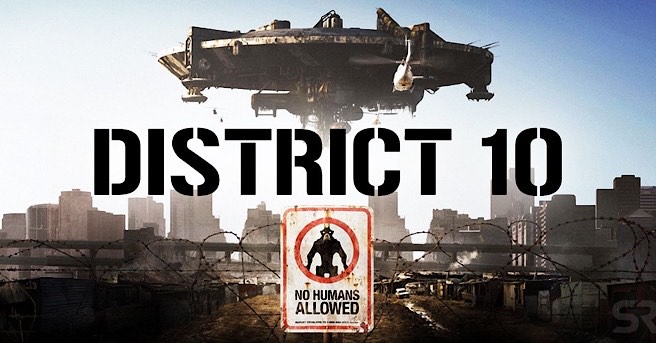 Apparently, Neill Blomkamp hasn’t finished the District 10 screenplay yet because he was waiting on the perfect moment in history to arrive to justify the writing of a sequel for the first movie. On one hand, it’s easy to see why it would take time since Blomkamp didn’t just want to pen a sequel for the heck of it. Respecting that isn’t that tough since too many movies that get sequels that are knee-jerk reactions to people wanting more tend to be huge disappointments since the story becomes less of a worthwhile tale than it does a way to satisfy the mob that will continue to demand more and more until a story is little more than a shadow of what it started out as. There is the idea that there’s been plenty going on in the world since District 9 came out that Blomkamp could have used as a cultural basis for District 10 since the situation in South Africa back then that Blomkamp folded into his movie was meant to be a big part of the commentary on the living conditions that the aliens and the humans were facing.

It sounds as though he’s crossing the Atlantic to show District 10 as it might play out in America, which has a large number of cultural issues at play that any storyteller could lock on without fail. Which one he’ll be focusing on isn’t known at this point, since apparently this small tease that he is working on the script was merely to let people know that something is coming, just not yet. There’s no word on when it will be done or when we’ll even hear about the start of production, but the story of District 9 is what many will be looking into until we’re given more to go on. One could say that there are still many people wondering at the popularity of District 9 even though it’s become a cult classic and maintained that status over the years.

Where in America and what cultural issue will be showcased is hard to figure since there’s a great deal that the movie could use as a staging ground for District 10, but it almost feels as though the slums of any given state might be the desired location. Or perhaps the aliens will touch down in one of the more violent areas of the USA. It’s hard to tell since from a cultural standpoint there’s a lot going on in the country, and trying to pin down just one situation isn’t hard, but trying to determine where Blomkamp will want his next movie to take place isn’t all that simple. Given that he’s talking about American history though, one has to think that it’s something that’s already taken place. It’s a hope that Blomkamp wouldn’t take his story back in time to show that the aliens managed to arrive earlier and somehow weren’t noticed, but that sounds unlikely, since not only would it be awkward, it would also be a less than respected sequel for the effort. There are plenty of events that have taken place since District 9 came out that could be used for another story but trying to state just which one Blomkamp will select.

Fans have been hoping for a sequel to the first movie for a while, and it would appear that all this time, all the debate that went into it, and every theory that came along to try and explain what should happen, was all dependent on Blomkamp waiting to pick his spot. The fact is that people aren’t bound to be angry with this since, like many other directors, Blomkamp has given people enough of what they want that it’s likely he could take another decade to figure out how to film this idea and people would still think that he’s a genius that doesn’t need to be rushed to achieve his greatness. There is a mild issue with that, but it doesn’t really affect how I feel about the idea of District 10, since it sounds like an interesting premise. But a storyteller that has to wait to wait for the perfect moment to tell the story is someone that either has no idea what they’re doing and has to fake it until they can make it, or is someone that waits on perfect moments, or is simply someone that banks on the faith of those that follow their work by making it known that they’re working on ‘something’ even if they won’t say what it is.

For the moment it’s easier for many people to trust in Blomkamp’s vision, whatever that might be since they want to see what Neill can do with another movie and they want to see how the tale continues. So until we learn more, the fact is that District 10 is coming, we just don’t know when.