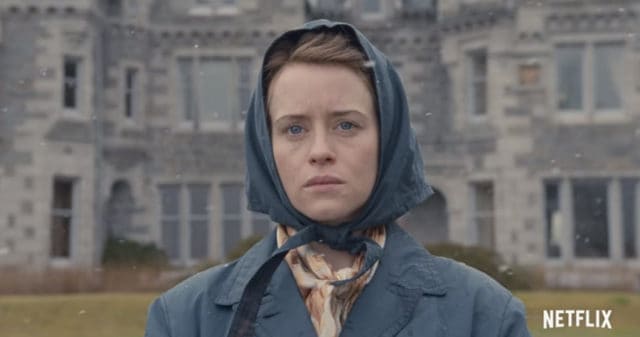 The role of the queen must be an untenable one at best. Airing one’s dirty laundry unwittingly despite the best attempts made at keeping it silent seems to be something that celebrities of all types have the most difficulty with. As it’s seen in The Crown however it is something that could very well destabilize a country if one is not careful. The very core of the British monarchy seems poised to fall at any moment should one step out of line for even the briefest second, and all could come crashing down if one were to sneeze in the wrong direction.

That seems to be the impression that some of us get anyway.

The Crown is a biographical look that might be extremely accurate given that it is about Queen Elizabeth during the first part of her reign. The show is focused upon her rise to prominence and the issues that went on during the first decade of her stay in her current role. A great deal happened within her country, and much of it was troubling to the point that she no doubt felt a certain amount of pressure pushing in on her each and every day. In the second season it has already been shown in the previews that she has retired three prime ministers and possibly others that have served a purpose but are longer desired in their positions.

The rumors that a queen must deal with and the humiliation that come with can no doubt be horrifying and quite horrible. The saddest part is that she was expected to endure simply because she married a “free spirit” that was never meant to be tamed and could not be caged in any way. That alone was a disturbingly accurate part of history, that women should be able to simply accept what a man did and said and remain loyal and steadfast. There is no doubt that the queen put up with a great deal during the beginning of her reign, and has endured even more as time has gone on.

It must have made trusting anyone almost impossible. The mere fact that knowing the queen and knowing what prestige staying close to her could give anyone would have become an excuse to grab onto the tenuous power such a position afforded and never let go. Who then would you trust? Would there even be anyone you could trust? The role of a monarch could not have been a comfortable life despite the power and prestige it afforded her. At the top of mountain it could only be a lonely expanse over which a ruler could look out and simply hope for someone to hear her without tipping her hand by showing that she was anything but poised and powerful enough to rule.

The new season looks as though it’s going to be pushing things ever towards the boiling point as the situation in which the queen finds herself continues to worsen. If nothing else it seems to show that season 2 will be filled with tense and rather emotional moments.