Home
Video Games
What Can Far Cry 6 Do To Revitalize The Franchise? 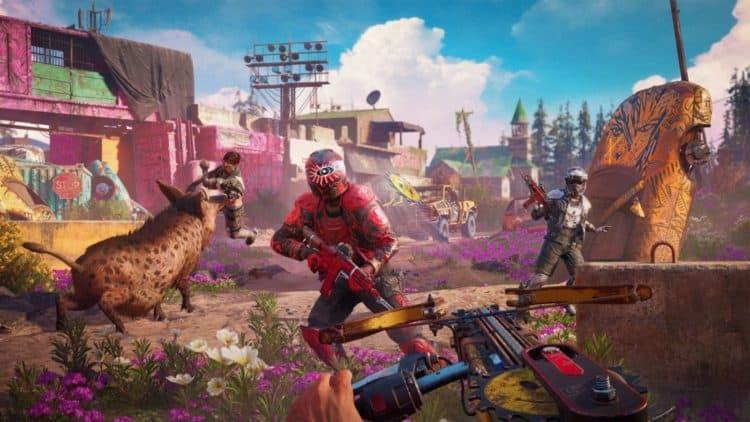 As a gamer, one of my most anticipated games of the year is Far Cry 6. Now I still have a Playstation 4, but apparently this sequel will release on it. If that’s the case, then that’s good news for me, but I might as well put some money down on a Playstation 5. I mean, assuming all the problems with it are fixed by the time it comes out. Plus, quarantine is pretty much over with, so that means less time for video games. However, we gamers always make time to enjoy ourselves with some great games.

The Far Cry games are those kind of games. Why? Well, they’re not exactly RPG’s, but they always have big and insane open-world settings. That was actually the funnest thing about those games. Their open-worlds had lots to do and gave you plenty of options. For example, you can hunt dangerous animals, play poker, explore mysterious caves, and most importantly, clear out enemy camps. Just finish the main storyline and you’ll still have plenty to do to keep you busy. And if you have a strong stomach, that helps too.

Now I really have a blast with the Far Cry games, so needless to say, I’m very excited for Far Cry 6. First of all, they managed to get Giancarlo Esposito to play the bad guy. From Breaking Bad to Star Wars, this man dominates the bad guy role wherever he goes. And after watching the cinematic trailer, I’m more than convinced he’ll be the greatest Far Cry villain yet.

I will say, that has always been the best thing about the Far Cry games. The villains were always the worst kind of bad guys and that’s why they stole the show. From Vaas, to Pagan Min, to the Seed family, this series really knows how to deliver on diabolical villains that we all want to kill in the end. However, we also like seeing them talk and be bad guys, so it was kind of hard killing them. They’re the kind of villains we love watching, but we’re still motivated to kill them in the end. Those kind of villains are the best villains.

So Giancarlo Esposito’s dictator villain Anton Castillo will most likely be the highlight of the game, but what about everything else? The Far Cry games have never just relied on flexing their villains. Speaking of which, what about the last villains the series had to offer? The psychotic twin sisters Mickey and Lou led a hostile group called The Highwaymen. Now I’ll just say, I never did play Far Cry: New Dawn. That game just didn’t grab me like the others, so I just decided to YouTube it. Based on what I saw, I can happily say that I saved myself some money. The twins paled in comparison to the other Far Cry villains and the gameplay wasn’t too different from the previous games. And let’s face it, the way they continued Far Cry 5 was just very anti-climatic.

For the setting of Far Cry 6, it looks like they’re ignoring the whole nuclear destruction, which is a good thing. The fictional setting will be on an island called Yara, a place that is loosely based on Cuba. Basically, Yara will be a jungle setting, similar to the fictional Rook Islands from Far Cry 3. That works for me, since I dug the jungle setting, but I also don’t want a carbon copy from Far Cry 3. I know they’ll add quite a few new things for this sequel, but in my opinion, there are several things they need to spice up. Why? Well, Far Cry: New Dawn was a disappointing installment for the franchise in almost every element.

First of all, who was the main protagonist? A silent character only known as The Captain. Personally, I’m not a fan of the silent protagonist. Jason Brody, the main protagonist of Far Cry 3 got some negative reception, but at least he talked. He had a backstory, good motivations, and didn’t come from a military background. He was the everyman protagonist and he actually interacted with other characters. Now with Ajay Ghale, he did talk, but not that much. He was basically a silent protagonist with little to say. That’s why we enjoyed Pagan Min when he was on screen.

This issue only got worse with Far Cry 5. The main protagonist was fully silent hero only known as The Deputy. Unlike the other protagonists, players could customize how the Deputy looked, from his gender and to his skin tone, pretty much everything. Here’s the only issue with that: it didn’t matter. Whether you made the Deputy a girl or guy, or whether you made his skin dark or light, it didn’t affect how the Deputy interacted with other characters. This made for a truly dull protagonist and his story reached no conclusion in New Dawn.

This is a key element that Far Cry 6 needs to fix. Now there will be a main protagonist with an actual name, Dani Rojas, who players can customize. That’s fine, but give him some lines and make it mean something. Give us a protagonist we can enjoy playing as and make him interesting. If there’s no backstory and no motivation, then we’ll have another forgettable protagonist.

Now if there’s one big criticism I have for the Far Cry games, it has to be the thing everyone does. These games have big open-worlds and that means there are a lot of enemy camps. When you take out one, that’s fun, but then you have to do it again twenty more times. Don’t get me wrong, I enjoy doing it, but it gets redundant very fast. If Far Cry 6 wants to make it more fun, I think they should spice up the Fangs for Hire system. In Far Cry 5, we had a dog that can bring us assault rifles, a domesticated cougar named Peaches and a domesticated grizzly bear named Cheeseburger. Seriously, that was awesome.

Far Cry 6 can up the ante with this by adding in some new characters and animals that can assist you in raiding enemy camps. Give us a crazy guy who dual-wields axes or a domesticated tiger, but give us something that stands out. The series is making a habit of getting weird and more outside-the-box with their ideas, so I say embrace that. Heck, in Far Cry 5, there was a side mission where you watch bisons do intercourse while listening to Marvin Gaye. Call it weird, but that’s how this series stands out. For the case of Far Cry 6, make it even weirder.

What are your thoughts, fellow gamers? Are you excited for Far Cry 6? If this game is delayed to 2022, that only means more time for them to work on it. No complaints there, as long as we get a great game.