Home
TV News
What Can We Expect from Fuller House Season 5?
Prev Article Next Article 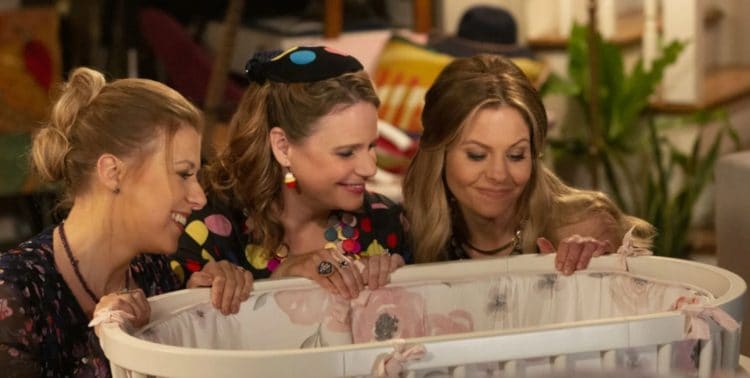 Some folks might actually think that it’s time for the Fuller-Tanner clan to just move on as per Ashley Connell of ScreenRant, but then again some people are still enjoying the show that brought back the fun and joy of the old sitcom in the guise of the younger generation of Tanner’s taking over. What’s to be expected of the upcoming season is that it will be airing in early December, which is coming sooner than later considering that we just made it through another Thanksgiving and are now headed full-on towards the next holiday and the end of another year. There are a few things that fans might be able to expect with this upcoming season, though whether it will be the last or not is hard to say since a lot of people would no doubt be willing to petition for another season following. Some tend to think that there’s enough material to work with in order to keep the show going, though at this point it almost feels as though it’s about time to state that it’s been a good run but things are finally starting to unwind from what fans remember and it’s time to create a new show or simply say goodbye finally.

The name of Stephanie’s child is one thing that will likely be revealed, and the fallout from the divorce, as covered by Ben Kendrick of ScreenRant, between Jesse and Becky that was necessitated by Lori Loughlin’s ‘Operation Varsity Blues’ gaffe will no doubt be put up for the fans to see, as will the continual emergence of Danny Tanner and Uncle Joey. Lori obviously won’t be showing up since she was fired from the show following the controversy that so many people were talking about just a couple of months back. Apart from this however it should be business as usual when it comes to the show as the main characters will be coming back and you can likely bet that there will be at least a couple of guest stars, though you can bet that the Olsen twins will never be making an appearance since that matter seems to have been put to bed no matter who continues to talk about it. Things have certainly changed throughout the years and as a result the show is just not the same as it used to be, as you can well imagine.

Back in the day Full House was a fun family comedy that was pretty campy since its humor was designed to be sappy and fun and altogether safe for the masses, but the return hasn’t really changed the show at all since it’s still pretty sappy. If you’re into the nostalgia of it and the whole idea that things have changed even though they haven’t, then good on you and enjoy. To be honest though this show was getting old when it first went off the air. Since the cast went their own ways they’ve all done their own thing and have gone on to different careers, but it does sound as though they still get together apart from the Olsen twins, who don’t have the same memories since they were babies and then toddlers by the time the show was ending. But if you take a good look a few of the stars have gone on to be well-respected and highly regarded in their field, as Candace Cameron Bure and John Stamos could attest to. Even Bob Saget went on to have something of a career, and Lori Loughlin of course was a big star in her own right until she made one of the worst mistakes of her life. The others have been doing pretty well throughout the years as well, though coming back to the show almost seemed like a chance at reviving something great that they’d done in the past.

It’s easy to say that eyes were rolling when this show came back, but some were genuinely excited since it was a return to childhood in a way, though it quickly became its own entity since bringing back the same exact show wouldn’t have been nearly as much fun it would seem. The kids had grown up and were having kids of their own, things had changed around the world, and people had moved on. Somehow though the feeling of the show hasn’t really changed as much as it’s kind of kept within the boundaries that were established so long ago, meaning that it might be updated and allowed to do a little more since it’s not dealing with the same crowd, but it’s still kept within the family-friendly zone that makes it a bit sappy at times. That’s all well and good for those that enjoy this, but for others that want something less dated it might be time to move on, as Jessica Rawden of CinemaBlend might agree. As of this season however fans will get to keep enjoying the Fuller-Tanner clan and everything that comes next.