Home
TV News
What Can We Expect from Hunters Season 2? 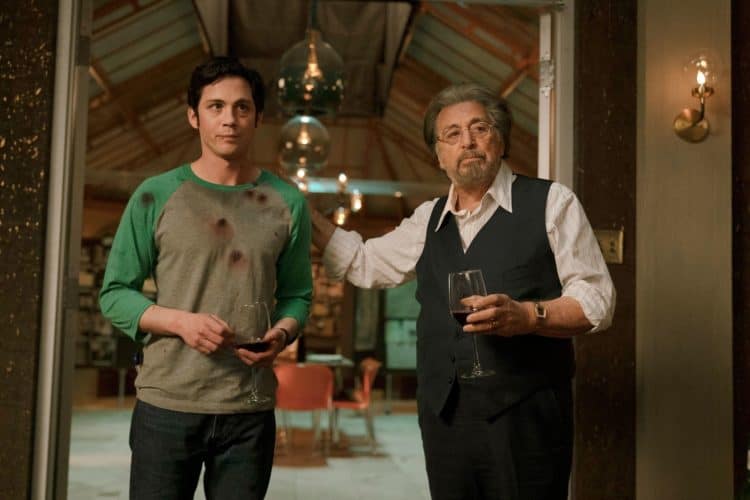 Hunters kind of makes a person wonder which side of history they’d be on if a new group of Nazis was starting to build a Fourth Reich somewhere in the USA, and season 2 is bound to continue that thought since it’s bound to be on its way eventually and will be continuing the good fight, so to speak, that the first season started. Whether it’s real justice or payback or vengeance for deeds committed long ago, the punishment of those that would divide a nation in such a manner feels absolutely justified to some and more than a little wrong to others. Whichever way your morals tend to lean the idea of this show is to depict just what can happen when groups of like-minded people go hunting what they feel is a true threat that they believe will bring back horrors that we now only read about in history books. Hunters is a show that’s bound to please some people and make others look oddly at the screen. But it’s been successful enough at this point to have been brought back for a season 2, which might get even crazier than the first season. What’s known at this point is that the second season will be bringing back several cast members, as people might have expected.

Unfortunately as one can imagine there’s been a good deal of controversy that has come from the nature of the show and the revisionist history that it’s practiced. It’s easy enough to understand why some people might feel a certain way, especially if they’re survivors or are related to survivors of the Holocaust. Making light of anything that went on during WWII is something that needs to be handled with great care, though whether or not it should be allowed is, like it or not, a matter that no one really has any say in. The truth is that a storyteller can tell any story they wish, in any way they wish, but there is the responsibility that comes with letting people know what is fictional and what really happened. The Hunters is a fictional story obviously since there’s never been a Fourth Reich that’s attempted to build within the USA, though some might want to argue since the idea of racism is, unfortunately, still alive and well. But in terms of telling a story, people get their feelings hurt and their anxiety acts as a rope that they can tie themselves in knots with or, in the case of those making the show, can hang themselves with if they’re not careful. Every last idea and method for delivering it are within the scope of a storyteller, and those that would seek to stop them from telling the story they have to offer are far more wrong than any story could ever be.

The difference is that a storyteller has the responsibility, as mentioned, of allowing people to know what’s real and what’s not. The Hunters is a TV show, a fictional one at that. The history books that exist to tell people what did happen during WWII can be questioned, but they’re often far more accurate than many storytellers would be. The point, however, is that a storyteller is trying to openly entertain the audience with a show that’s based upon a real event, but has taken artistic license in order to create something that’s entertaining but also able to pertain to history in some way for a solid base to work from. Anyone taking offense after that needs to work out their own issues in a manner that can work for them and allow the story to play out. With that said it’s easy to think that there’s going to be more of the same in the second season, but with the reveal that Meyer was actually The Wolf a lot of people would agree that the show was thrown into turmoil. It brings up a lot of troubling questions since it implies that Meyer was serving penance by hunting down his fellow Nazis as a way to pay back the world for what he’d done in the past. Unfortunately, Jonah wasn’t about to accept this as he believed it wasn’t the Wolf’s birthright, as he wasn’t really Jewish. Jonah has a good point really, but at the same time, killing his fellow conspirators was both a way for Meyers or Zuchs, to hide away and be tortured by his own sins. It might have been acceptable had it not also been a way to keep anyone that they went after from recognizing him.

As it stands, Zuchs’ death will no doubt throw the Hunters into disarray since the realization that they were being led by one of their enemies could very well make the lot of them question just who they can trust, and possibly upset the group enough that they might fragment. But we’ll have to wait and see.