Home
TV News
What Can We Expect from The New Clone High? 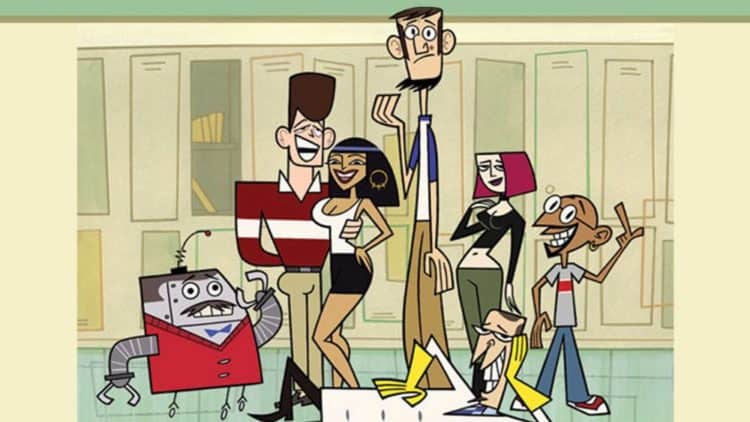 Despite being canceled after one season it sounds as though Clone High is coming back for another shot at entertaining the fans who actually got into the show and didn’t want to see it cancelled. Of course if Beavis and Butthead are getting another shot then it kind of stands to reason that almost anything can happen. What a lot of fans are probably wanting to see happen is if the show will pick up where it left off or if it’s going to come out with an entirely new set of scenarios that will keep them guessing. Just in case you don’t know anything about the show, it does have to do with the cloning of certain, famous individuals in order to bring them back to life and, well, see how they react it would appear since the teenage versions of Abraham Lincoln, Cleopatra, John F. Kennedy, Ghandi, Joan of Arc, and a couple others the stars of the show thanks to their scientist principal that created them. Apart from this the show is just flat out nuts and runs through the perspectives of each character in an attempt to keep it fresh and engaging. But after one season it was cancelled initially so it’s going to be interesting to see just what might happen.

The idea of cloning in animated series is pretty straightforward since it doesn’t take much for the imagination to bring to mind what needs to happen and to think that everything is going to be more or less okay. But it’s still worth wondering just who came up with idea and what it was meant to accomplish. The series was obviously meant to be fun and a lot of laughs, and it already looks like it will be moving forward since it’s not bound to change much, though it might update itself just a bit in order to better fit into the current era. After all its been about 18 years since the series came out and was cancelled after only one season, and a good deal has changed. Cloning is something that’s been an interesting part of pop culture for some time, as many movies and TV shows have used it extensively and to great effect. For comedy it’s something that can take a lot of different forms since the whole idea of making one after another of a certain individual, or making clones of someone else that might have been considered a great loss to society, is something that has a lot of implications. It’s also true that cloning has been a very interesting idea in the real world. Thankfully we haven’t gotten all that far yet since the only real living being that’s been cloned is a sheep, and even that didn’t go off without a few hitches.

Of course the premise of the show is that Clone High had military applications that were being utilized since everyone in Clone High was a clone of a famous or otherwise noteworthy person from history, as they’d been gathered to use their combined strengths for the military. Just imagine having combat expertise, the power to command, and the ability to harness the greatest warriors that the world had ever seen and give them the newest and most effective weaponry possible. But then one has to wonder why someone like Ghandi would even be a consideration, along with Cleopatra, since their greatness was still recognized, but their fighting skills weren’t exactly known to many. Imagine however the gathered wisdom of those that could be cloned though if such a thing was possible in the real world. One has to figure that the military and a lot of other people would see the benefit in this since learning from the greatest minds of the past might actually provide for a much brighter future, or so we would hope. So far just watching old clips from the show it does look as though a few things need to be updated, but apart from that the hope is that the show’s cliffhangers will be taken care of before it pushes too far ahead so that those that need a refresher on what was happening might be given a little more to go on.

Of course if it’s going to take off in an entirely new direction then it might still be a good idea for fans to see if they can find the previous show and just try to bone up on their knowledge of what was happening so that they’re in sync with the show when it returns. To say this is an odd show is to put it lightly since realistically the idea of cloning feels like something that’s best left to the imagination, where it can get crazy and over the top without any serious moral implications.