Home
TV News
What do the Winners of The Amazing Race Get? 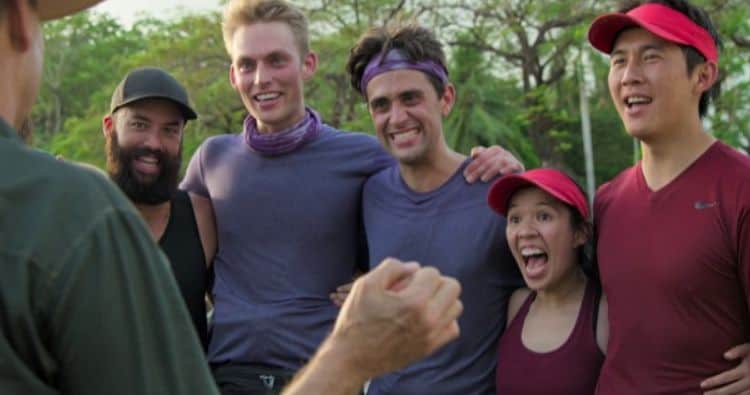 In the nearly 20 years since making its debut, The Amazing Race has become one of the most popular competition shows on TV. Each season, contestants join the show with the hopes of going on a wild adventure. While the thrill of new experiences is definitely a big draw of the show, like any other competition show, the opportunity to win a prize is what’s really at the core. After all, what could be better than getting the chance to do cool things all over the world and go home with more than just bragging rights? I’ll tell you – almost nothing.  But what is that the winner on The Amazing Race actually earns? Keep reading to find out what contestants get for winning The Amazing Race.

How Does The Amazing Race Work?

By now most people have heard of The Amazing Race, but if you’re one of the people who is familiar with the show but don’t know exactly how it works – we’ve got you covered. Every season, 11 teams of 2 embark on an adventure unlike anything else. The show is essentially a race across the world during which the teams must stop as designated places and participate in various challenges. Contestants use different modes of transportation to get to their various destinations and they often have to interact with locals to help win challenges. The last team to arrive to pit stop is typically eliminated and the first time to cross the finish line is declared the winner.

Since it’s time on the air, The Amazing Race has won more than a dozen Primetime Emmy Awards and it’s become popular among people of all ages.

How To Get Cast For The Amazing Race

Have you ever wondered how people are chosen to compete in The Amazing Race? We have the answers. First things first, anyone interesting in being on the show must meet a few requirements:

The actual process of applying only has four steps and seems pretty straight forward. According to the show’s casting pages, people must do the following in order to be considered:

Since there are so many applications for the show each season, the casting team will only reach out if they’ve decided to move forward with you. The good news, however, is that even if you aren’t chosen you can always apply again.

What Do Winners Get On The Amazing Race?

The truth is that the prize is one of the most important parts of any competition. Of course if there’s something good at the end, people will be willing to go the extra mile in order to get it. Needless to say, the prize on The Amazing Race is clearly good enough to keep drawing people in. The first place team goes home with a cash prize of $1m. Yes, you read that right, $1m.

The first place winners aren’t the only ones who go home with some serious dough, though. According to Men’s Health, the runner up goes home with $25,000 and the third place finisher earns $10,000. Men’s Health also reports that every single contestant gets some sort of payout although it’s unclear how much.

It’s important to note, however, that paying taxes on the winnings can be very expensive. In an interview with the TV AV Club, former Amazing Race contestant Mark Abbattista revealed just how costly the taxes can be. He explained that even winning a trip on the show will cost you during tax time.

Mark also added, “if you win the money, you can use the money to pay the taxes, and if you win a car, you can sell the car, which I think a lot of people do. I think a lot of people that go on these game shows might not be sophisticated enough to know that ahead of time. You think you’re winning, but it’s like, “Hold on. If I flew there myself, it would have cost me $300, but you booked a ticket and told me it’s a $6,000 flight”. Essentially, if things don’t go as planned, contestants could actually end up paying more to be on the show than they win from it.

Is The Amazing Race Worth It?

Whether or not going on the show is worth it depends entirely on what you hope to gain. If you’re looking to have an unforgettable experience that’s exactly what you’ll get. On the other hand, if you’re looking to get rich, this might not be the best way to do it.