Home
Video Games
What do we Want to see With a New HTC Vive Headset? 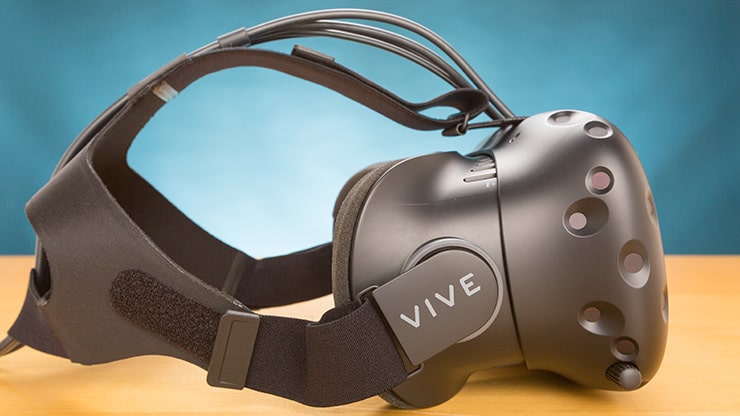 The refresh rate on the HTC Vive Cosmos Elite is 90 Hz; compared to the Oculus Quest 2, which now has an experimental feature that allows it to output 120 Hz, the next iteration of HTC virtual reality needs to bring a base refresh rate of 120 Hz. This may seem like a pretty daunting task, but with the HTC Vive Cosmos Elite setting players back a solid $899, I’d say they can probably find a way to make it work, especially when the Oculus Quest 2 will only cost you $299.

HTC Vive has been known for being a pretty heavy investment, with the HTC Vive Cosmos Elite coming in at $899, as mentioned above, it’s pretty hard to justify spending that kind of money when you could get something like the Oculus Quest 2 for as little as $299. I think that HTC really needs to drop the price of the next Vive headset pretty significantly if they want more people to purchase their products and dive into the Vive experience. Of course, this depends entirely on what kind of technology HTC uses and what features and specs the next Vive will have, so it could very well justify a heavier price tag, but it would be great to see them move towards a more consumer-friendly price point.

With the Oculus Quest 2 and the Rift S negating the requirement for external tracking such as base stations, it would be great to see HTC do the same with the next Vive. Having to set up base stations in the proper places and then moving things like your PC all across your room to actually get the base stations to reach where they need to reach is such a pain, and it’s something that I think should be left in the past. I would love to see internal tracking on the next Vive headset, and I’m sure that many other players would love to see it as well.

I don’t really know if it’s just me, but I can’t stand the HTC Vive controllers. After getting used to the Oculus Touch controllers that feel so intuitive, going to a stick-based controller just feels bad. I’m really hoping that HTC takes a step away from their traditional Vive controllers and moves toward something a little easier to grip.

One thing I think is super cool about the HTC Vive Cosmos Elite is the flip-up design that allows you to switch back and forth between virtual reality and…well, reality, without having to take off the entire headset. This is one thing that I’ll never get used to with the Oculus Quest 2, and I hope that Oculus could take a page out of HTC’s book with this. I can’t imagine that the next HTC virtual reality headset won’t include this feature, because it’s just a great utility to have.

That’s about all that I hope to see with a potential new HTC Vive virtual reality headset, though I’m not exactly sure what we should even expect to see from Vivecon this year – maybe the reveal will just be a tease, or maybe there won’t even be a reveal of a new headset at all! That certainly would be a huge letdown, so I’m sure that HTC has something huge in store for their fans.