Home
Video Games
What Does The Future of Cuphead Look Like? 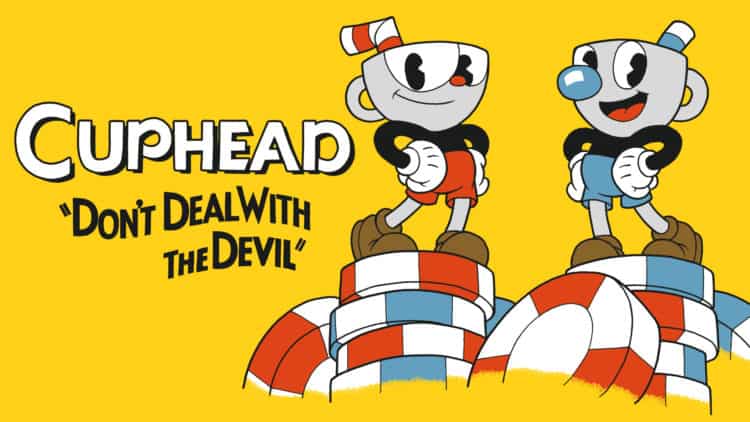 Developed and published by Studio MDHR, Cuphead was released in 2017 and is a run and gun style video game that utilizes the “rubber hose” style of animation that was typically seen in the “Golden Age” of American animation. We’ve seen this animation style in certain Disney animations, Popeye, and even other video games like Kingdom Hearts, Epic Mickey, and Bendy and the Ink Machine. Cuphead has used this incredibly distinct animation style to create a game that is very reminiscent of that “Golden Age” of American animation, and was met with incredible reviews, with an 88 percent on MetaCritic, and a 10/10 on Steam. Cuphead also won The Game Award for Best Art Direction in 2017. So, what’s in store for the future of Cuphead? Will there be a sequel? DLC? Well, we do know a few things about the game’s future, so let’s get right to it!

A DLC titled “Delicious Last Course” was announced in 2018 and was initially set to be released a year later in 2019. This was a continuation of Cuphead and Mugman’s adventure and a conclusion to the original story that began at The Devil’s casino. Unfortunately, Studio MDHR was forced to delay the expansion indefinitely citing the Covid-19 pandemic as the cause. “In true Studio MDHR fashion, we aren’t content for this final chapter to be anything less than our best work. Throughout development, we’ve challenged ourselves to put everything we learned from making Cuphead into the quality of The Delicious Last Course’s animation, design, and music. Meeting this standard has been extremely challenging for us amid the global pandemic that has affected so many of our fellow developers. Rather than compromise on our vision in response to COVID, we’ve made the difficult decision to push back the release of The Delicious Last Course until we are confident it will delight the Cuphead community the way we feel it should. We know many of you have been waiting to return to the Inkwell Isles, and our goal is to make the trip back there next year a truly magical one.” This announcement came in November 2020, with no further updates about the DLC as of now. Of course, it’s not surprising that the DLC was delayed, considering Studio MDHR is a very small studio, and it’s understandable how the pandemic could have impacted them just as much as it has with much larger studios.

While the “Delicious Last Course” DLC is still indefinitely delayed, I don’t think we’ll be seeing a sequel to Cuphead anytime soon. At least until after we finally get the (hopefully) upcoming DLC. Many fans are still hoping that Cuphead 2 will eventually see the light of day, as the original game is one of the most beloved games of the last 10 years. While the “Delicious Last Course” DLC was/is set to conclude the game’s original story, there’s still a ton of potential for another story to take place, so I will still hold out hope for a Cuphead sequel, but we’ll just have to be cautiously optimistic about it.

One thing we do know about the future of Cuphead is that it will be heading to Netflix! While we’ve only gotten a short teaser trailer starring Wayne Brady (yes, game show Wayne Brady) as King Dice, who also stars as a game show host in this teaser, it looks like the show is keeping with  the same art style as the games, which is an absolute necessity. According to Netflix, “This character driven comedy follows the misadventures of impulsive Cuphead and his cautious but easily-swayed brother Mugman. Whether its angry mermaids, boxing frogs or the Devil himself, the brothers often find themselves in hot water in their surreal home of Inkwell Isle.” The Cuphead Show will stream exclusively on Netflix, but unfortunately we don’t have a clue as to when the series will arrive, only the famous “Coming Soon” at the end of the Netflix teaser, so it looks like it will probably be a little while before we see any more announcements about the animated series.

The future of Cuphead is a bit of a mixed bag. On one hand, we’ve got an indefinitely delayed DLC and no word on a sequel, but on the other hand, we’ve got The Cuphead Show coming soon to Netflix. The future of Cuphead is nowhere near in danger, but it looks like we might just be shifting away from the video game into other mediums of entertainment. Hopefully we’ll still get some updates about the game sooner or later, though.