Home
TV News
What Does the Future of Empire Look Like After Season 5? 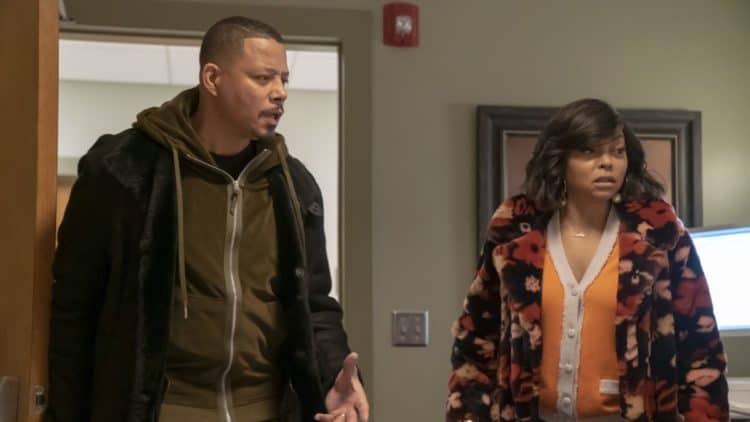 When Empire first came out in 2015, it was nothing short of powerful. With superstars Terrence Howard and Taraji P. Henson at the reins, the show was virtually unstoppable. The hype was matched by previews of the music that was going to be one of the main highlights of the show. The pilot did not disappoint, and for 5 seasons now, Empire has given us plenty of good hip-hop and over the top storytelling to enjoy. The season 5 finale certainly answered a ton of questions about the show, but many are still wondering what the future might look like for this show.

The New York Times recently reported that the show is definitely renewed for season 6. That’s great news for a lot of fans that have stayed committed to the show over the last few years. But the network also announced that season 6 is likely to be Empire’s final season. It’s unclear at the moment whether the season will be shortened or not. Fox executives made the announcement just a few months after the actor Jussie Smollett’s controversy came out.

For many, the network’s decision to renew came as a surprise. For one, the controversy around Smollett became a national subject, and many people have expressed discontent over Fox’s decision to keep Smollett in the show. Some believed that the reason why Fox is cancelling the show after only 6 seasons was because of the controversy. However, many people believed that Fox intended to write off Smollett’s character, especially with how the season 5 show was played out. Throughout season 5, we knew that at least one character was going to end up being dead by the finale. That character could’ve easily been Smollett’s Jamal Lyon, but it turned out to be Jeff Kingsley, played by actor A.Z. Kelsey. The troubled young man was introduced in season 5 as one of Lucious Lyon’s sons from another woman. The show dedicated an entire season’s worth of development for this story, but that story ended when Kingsley shot himself in the head in the season finale. Hence, the character was definitely not Smollett’s–although many people thought it should’ve been.

While Smollett’s character wasn’t written off of the show by season 5’s end, Deadline.com reports that it doesn’t necessarily mean that he’ll be back for season 6. The character was kind of left in limbo in season 5. Smollett’s scenes were drastically reduced after the whole controversy. Smollett was accused of falsifying a hate crime and was charged with 16 counts of felony disorderly conduct. The charges were dropped later on, and Fox was more than open to having Smollett back. Still, many fans thought the damage was already done.

Empire had a strong first season. It was a different kind of show, and it definitely appealed to a younger demographic. However, the show has been gradually losing viewers over the last few years. This article from Cinemablend.com reported that the show actually showed a drop as soon as the second season hit. Many have voiced opinions that the subject of homosexuality on the show has turned many viewers off. Empire executives strongly believe that the LGBT representation on the show has helped to combat homophobia in the African American community. Whether the show will tone down homophobic themes for season 6 is something that’s unclear. Producers have expressed that the final season will be the biggest one yet.

We can only speculate as to what that might mean for the show. We’ve seen big names in music such as Snoop Dogg, Courtney Love, Gladys Knight, Fabolous, Anthony Hamilton make guest appearances–and those were only from season 1. We could expect even bigger names in the music industry to make an appearance for the final season of Empire. We can also assume that the drama will just get crazier. Empire is definitely not short on the drama end, and we’ve seen many character deaths on the show as well. We’re hoping to see loose ends tied, and we’re also hoping to see our favorite characters end up with something positive to look forward to in the future. The main characters on the show have become totally different people compared to who they were in the first season. It’ll be interesting to see how their stories end or how they’ll be set up for their final stories.

For Empire season 6, expect to see the main characters return with the exception of Jussie Smollett. The likelihood of the star returning is very low. The network might be expecting backlash from viewers if they let the star return next season, so it’s highly likely that the network might just avoid the controversy completely. Smollett has not commented on anything related to season 6 of the show, and we’re likely to hear more details this summer. So far, the show has been averaging 18 episodes per season; but with the decline of viewership over the years, that number might be shortened to about half or a little more than half.

The controversy around Smollett could’ve gone one of two ways: raise the viewership or lower it. It seems that the latter was the case with Empire. There’s probably no redeeming the loss that happened. Many of the stars on the show have expressed their support for their co-star. This article showed how star Terrence Howard asked Fox publicly through a letter to bring Smollett back to the show for the next season. Whether this plea is enough to get the actor back in the Empire action is something left to be seen. For now, it’s all a waiting game. We can only expect big things to come for Empire, and we can probably expect that a good number of lost fans might even tune in to see how it all happens in the end. That’s a good thing for Empire, and it’s also probably the best thing that they’re ending now while they’re still halfway up.