Home
TV News
What Fans Might Expect from Riverdale Season 5 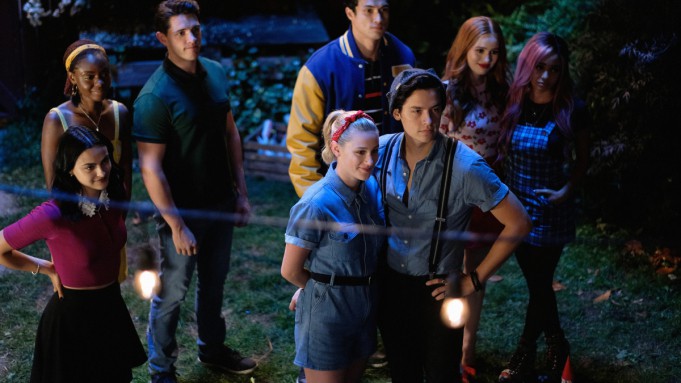 Riverdale wasn’t the only show that was forced to stop a season early due to the coronavirus, but what that means for season 5 is that things are going to change in a very monumental way a Marianne Garvey of CNN has already stated, and that could mean that things are going to get shaken up in a very big way that a lot of people won’t expect. One thing to expect is a time jump according to a few sources since as of right now it’s up in the air when production is even going to be starting up on anything, let alone just one project. The time jump will apparently make sense considering where season 4 was at however and it will manage to put a different spin on the story in a way that a lot of fans should be able to appreciate. It does sound as though season 5 will seek to wrap up the last part of season 4 so as to make some kind of sense and let everything fall in line. Then the next season will begin with its time jump that sees the main characters having attended college and gone on to graduate before finding a reason that brings them back to Riverdale. It’s fair to say that the Archie comics never really prepared anyone for this show from the start since despite bringing in a lot of familiar characters the TV show has definitely gone forward with a much edgier and less recognizable plot than many of the comics ever had.

Despite being renewed for season 5 one kind of has to wonder how far the show is going to be taken given that once the main characters grow up and start moving outside of Riverdale it’s bound to be a wonder how long things are going to be kept up. Growing up with the comics doesn’t mean much other than the fact that a person knows and recognizes a lot of the characters and might be able to rattle off a few stories that happened back in the day. This version of Riverdale is something that a lot of people might not have seen coming since it feels more like a twisted version of Scooby Doo without the dog. To be fair though it does make a lot of sense considering the fact that had Archie and his companions been kept the same way they were in the comics it might as well have been an animated series rather than a live action show that made people lean back and go ‘whoa’. By taking on a different look and demeanor the show did become a little more realistic in some sense and is a little easier for people to relate to, which can mean a lot better ratings as more and more people tune in.

It almost feels as though the show could last for another season if things continue to heat up, or maybe more if the ratings don’t keep dropping as they’ve been doing since season 3. Even with this in mind however Riverdale has still been one of the most popular shows around for a while and there’s a lot of hope that it could heat up a bit as things continue to move along. The show has had to kind of change and adapt as things have moved forward, especially after the passing of Luke Perry, and now with the onset of the pandemic. How this current virus will impact the show in the long run has yet to be seen but like every other series out there people are wanting to see this one return for several reasons, many of which have to do with their own personal desire to see their favorite characters or see how things play out in Riverdale as they’ve been going along at a pretty good clip and could eventually become a story that we’ll be writing about for months to come. Hannah Shaw-Williams of Screenrant has more to say on this. While it doesn’t feel as though the show might create the same level of interest as others when it comes to random fan theories and the kind of outrage that happens when something unexpected comes along, Riverdale is still the type of show that people tend to talk and gossip about now and again just to make sure that they’re seeing the same things that others are when it comes to the story line.

Season 5 should be something interesting for a lot of fans since the time jumps that some stories experience can be traumatic and even disruptive in a big way but they can also reveal a great deal about the characters and what’s happened since they saw each other last. With this cast it’s going to be intriguing to see just what becomes of them and what added story lines will be revealed when the next season is released.