Home
Movies
What Happened to The Movie ‘Mystery Men’? 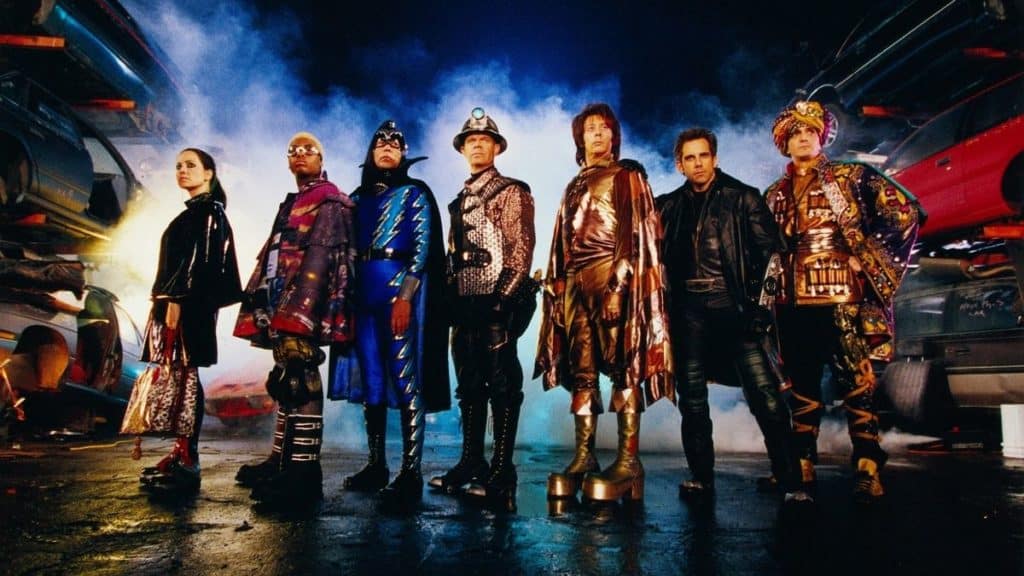 There are some movies that aren’t made to be blockbusters, or Oscar contenders, or even all that great, and somehow they turn out to be memorable for one reason or another. Mystery Men was the type of movie one might look at since it has a stunning blend of color and colorful characters, but once they started watching, a lot of people might have laughed and thought they’d picked the wrong movie, up until the laughter didn’t stop and they realized it was just too much fun to turn it off. Released in 1999, Mystery Men was kind of a spoof on superheroes that wasn’t meant to be serious since the city they were located in was named Champion City, and their greatest superhero, Captain Amazing, was a corporate shill that was more concerned about his image than actually helping anyone. It did have a great cast with Greg Kinnear, Janeane Garofalo, Kel Mitchell, Wes Studi, William H. Macy, Paul Reubens, Ben Stiller, Hank Azaria, Claire Forlani, and Geoffrey Rush as the main stars. Dane Cook even made a brief appearance during the superhero tryouts, and Tom Waits and Eddie Izzard even made their own appearances. As mentioned, it wasn’t meant to be a serious movie even though it played out like one since the heroes weren’t the ordinary type of folks that were seen to have amazing and incredible powers, apart from Sphinx, who was played by Studi.

Their powers were ridiculous since Kel’s power was that he could turn invisible so long as no one was looking at him, the Shoveler, played by Macy, is pretty self-explanatory, and Spleen, played by Reubens, was pretty disgusting, to tell the truth since his flatulence was his greatest weapon. As far as the Bowler, played by Garofalo, she probably had one of the coolest gimmicks since her bowling ball, which held the skull of her deceased father, was actually kind of interesting. But Mr. Furious, played by Stiller, was rather ridiculous, as was the confusing character of the Blue Raja, played by Azaria, as a history lesson was required to really understand his character. Their enemy, Casanova Frankenstein, played by Rush, was kind of the standard nutcase psycho type that wanted to create mass destruction and generally kill all of his enemies and rule the world. Y’know, that kind of stuff. But while Captain Amazing was supposed to be the big man on campus it was discovered that he was losing his fanbase because he was a little too good at his job, as at the beginning of the movie Casanova was incarcerated, and all of the other villains he might have fought were locked up or dead.

The thing with this movie is that it had a more serious tone than it really needed and it was definitely a bit darker than people might have thought it would be, but at the same time it kind of helped the movie as well. If it had been too bright and chipper it might have been way less popular than it ended up being since to be fair, a lot of people either forgot about this movie or didn’t know about it from the start. But looking at it again, it would be kind of interesting to learn more about the characters and what brought them into the crime-fighting world, and learning more about Captain Amazing before he was fried into an unrecognizable lump of flesh by an accident perpetrated by the Mystery Men, would be kind of intriguing as well. There are still plenty of people that do know about the movie and find it to be appealing for one reason or another, but bringing it back, if that’s even possible, would require another cast or a new cast to go with those that might want to return since pretty much everyone on the list has aged quite a bit since it was released. Hey, it’s been over two decades, it’d be time for a new generation at this point, and perhaps even some new superheroes to add to the mix since Champion City doesn’t appear to have a shortage of those that want to fight crime. But then again, there are some that should probably hang it up and remind themselves that if they can’t take a hit then it’s best to find a vocation that isn’t so violent.

There would need to be another great villain to step up to the plate as well since imagining this as a reboot isn’t really a great idea at this time since it doesn’t feel as though it would be the best possible idea. Mystery Men definitely came out too early for its own good, but it was funny no matter what and it did have a great cast that helped to make it a little memorable.