Home
Entertainment
What Has Michael Imperioli Been up to Since The Sopranos? 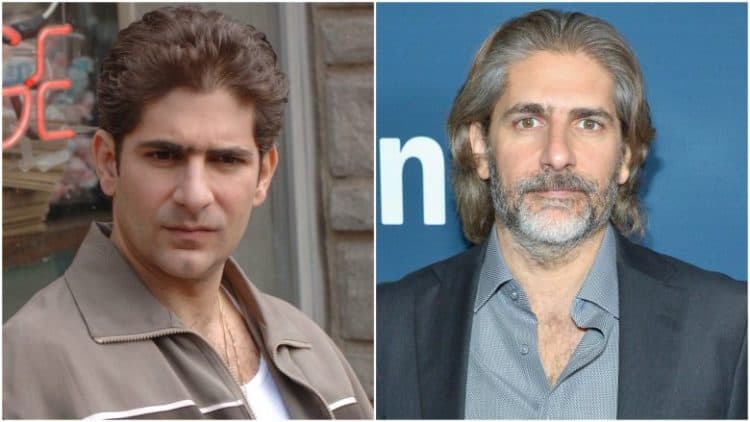 Michael Imperioli is a very well-known individual largely for some of the iconic roles he’s had throughout the years and the performance he’s managed to turn in regarding some films. In many films he either plays a criminal or a lowlife but in others he does play far more positive and authoritative characters. In his younger years he was kind of the weasel-like character that people either took advantage of or didn’t think too highly of since he was kind of a peon. But as he got older his roles started getting more and more attention and he started to step up and become a much more respected character. After all in The Sopranos his character wasn’t the uncertain person that he played in several other shows and films that came before. By the time he’d really established himself his roles started to gain him more and more respect as well as attention.

And thankfully his career has been ongoing before and ever since the Sopranos.

This was well before his Sopranos role but it does show how he was typecast thanks to his Italian-American heritage. Michael has played a large number of roles that bank on his Italian background and has played them very well. As Spider however he didn’t get a lot of respect from some of the other individuals, Tommy especially. Of course Tommy didn’t respect anyone really unless they were an old friend or someone that he knew better than to upset. There was only a handful of people that were safe from Tommy’s sudden fits of anger and Spider wasn’t one of them. Unfortunately Spider didn’t make it through the movie since he decided to pop off to Tommy and tell him something that you just don’t tell another person unless you want to start conflict. Spider had a lot of heart but he didn’t have an abundance of brains since the last thing you do is act smart around a guy that has a gun and loves to pull the trigger.

When a young girl goes missing she suddenly realizes that she’s already been killed and has entered the afterlife, occupying the midway between Heaven and Hell. She can do nothing and say nothing to solve her own murder but can only watch as her family goes through the grief of losing her and her murderer remains free. As the detective working the case Michael’s role is basically to see what he can see and to find the missing girl. Unfortunately since the murderer is too good at cleaning up his efforts the young girl is kept in a secluded area that no one knows about and is eventually dumped in a sinkhole, never to be found. The case is closed and the murderer gets away, from the law at least. At some point the murderer slips, trips, and falls over a guard rail to his death.

His role is fairly short in this movie since he tries to help a young woman that’s been kidnapped but is attacked by the abductor and then tossed in the same trunk. When he starts to yell uncontrollably the kidnapper stabs him to death, thereby ending his part in the movie. It’s enough though to see that he is still becoming involved in several projects that are allowing him to showcase his talent as an actor and the fact that he’s a great addition to pretty much any cast.

Back in the day Michael was kind of the person that you just knew would be typecast since has a very strong Italian look and is therefore easy to use in many different crime and gangster films that have been popular ever since The Godfather. He hasn’t shied away from them but he has taken on other roles throughout the years that have allowed him to break out of the trend and become someone that’s a little more than just one type of character. He does have the slicked-back hair and the very stylish look that says he could play in just about any gangster movie you want so long as he’s a part of the Italian mob. But at the same time he’s got too much skill and talent to be tied down to a single part for too long. Michael has a lot of range but many people haven’t seen it since he’s had to take on the role of the gangster so much.

Since the Sopranos though he’s been taking on a good number of roles and keeping his career alive without much trouble. He’s a very recognizable face and despite his propensity for acting in gangster shows or films he has a much greater range than people seem to think. He does have the distinct look but it can be put to much better uses at times.