Home
Movies
What in God’s Name is The Cats Secret Butthole Cut?
Prev Article Next Article 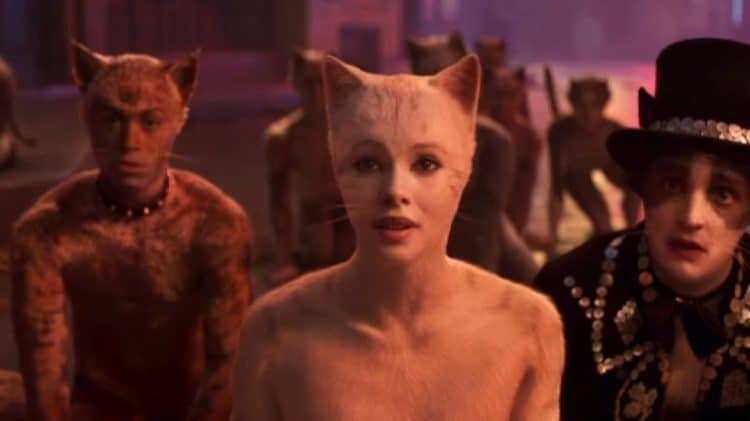 It’s a fervent hope that David James of We Got This Covered and pretty much everyone else that’s calling for the Release the Buttholes cut of Cats is joking or has somehow managed to go off the deep end after trying to absorb everything that’s been happening as of late, since otherwise humanity has come close to that ever-present abyss and just requires a faint sneeze to push us over. If you’re wondering what in the hell the secret butthole cut is then obviously it’s not quite as self-explanatory as it should be, though it’s no doubt somewhat enticing on a very disturbing level since it’s like a car wreck on the highway, you don’t know why you have to look, but you just feel the need to do so all the same. Imagine if you will, a movie about human/cat hybrids where song and dance is the main vehicle for expressing feelings, beliefs, and basically just getting from one scene to another. In this world an FX artist is ordered to create a realistic look at these strange, lithe hybrids and as a result, the butthole cut is born. Now imagine that cut being shown to the execs and watching as their faces go from mild interest to the horrified look that might only emerge when they find that they’ve dumped millions of dollars into a risky bowl of half-rotted Friskies that gets worse by the second as each puckered rear comes into view. And as people now call for ‘the Butthole Cut’ it’s a little more obvious that we’ve entered, the Boredom Zone. Cue the music.

Why, oh why, in the name of all that’s holy and just, would anyone ever decide that putting buttholes on human/cat hybrids be a good idea? The movie was already a train wreck waiting to happen and it definitely crashed before it ever left the station, with only a handful of fans actually stating that it was anywhere that good and so many calling out that it was a hairball of epic proportions that spent all of its nine lives just making it to the theater. Yohana Desta of Vanity Fair has something to say about this. Cats on Broadway? Fine, dandy, nothing too bad to see there. Cats on the big screen? Meh, not a whole lot of excitement apart when the trailer hadn’t been seen yet. But huh boy, when the trailer was seen and the mess of CGI was touted across the screen people about lost it in the biggest way possible as many of us, yours truly included, stated that the movie was going to flop harder than a tabby on a warm patch of sunshine. And lo and behold, it did just that, stinking up the theater in a way that few other movies have done in recent times and somehow still making at least a little money, but nowhere near enough to even call it a pity. Now this. People thought hearing about the Snyder Cut was bad enough, but having to listen to anyone talk about a ‘Butthole Cut’ is hopefully a joke that will run its course soon enough and be out the door a month or less from now. Of course that would be the easy way to go, and easy just isn’t what’s done around here, is it?

Are people really this bored that the Butthole Cut has become something to talk about? Or is hoping that it’s a joke, and a funny one if we can take it as such, the best we’re going to get at this point? It’s not from lacking a sense of humor that some people wrinkle their noses at this idea, far from it. As a blooper reel or something else it might actually be kind of funny, but if people are really calling for this cut of the movie to be released even half as much as they called for the Snyder Cut of Justice League then it’s evidence that as a society we’re really that bored or we’re really, REALLY starting to slip. Some people would say that we’ve already slipped and fell pretty hard throughout the years, but talking about a cat’s rear opening and how people want to see a CGI version of it that’s been made a part of a movie is pretty low, not to mention really disturbing since that image might not leave your head for a while. Thankfully the CGI puckers were ordered to be removed and they were, each and every one of them, but now people are adamant about stating that there IS a Butthole Cut, and that they DO want to see it. Eric Diaz of Nerdist is one of them and has plenty to say on the subject. Again, a part of me is hoping I can tap the heels of my sneakers together and say ‘there’s no place like home’ to get the madness to stop, but I’ve tried it several times now and it’s still not working.