Home
Manga
What is a Basilisk? 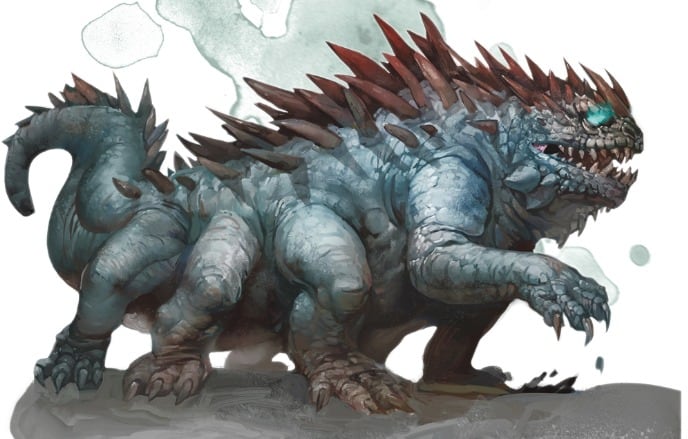 Have you ever heard of Basilisk? You might be aware about some rudimentary basics, such as the fact that it is a story involving Japanese manga but that still doesn’t really answer the question. What is the story all about and how long has it been in circulation? You might be intimately familiar with the story or perhaps this is one that you’ve never experienced for yourself. It’s definitely one that’s worth exploring in a more in-depth manner, largely because of the story itself. If you want to know more, all you need to do is keep reading.

In short, this is a story that was published in a Japanese magazine which caters to light novels, from 2003 until 2004. It might sound like it wasn’t a very long time, but you have to remember that the stories published in these types of magazines are not designed to be published for a number of years. Think of it more like a miniseries that shows up on television. From the very beginning, it isn’t designed to be a regular series that airs every week, for years and years. Instead, it’s designed to run for a predetermined amount of time and the story has a definitive beginning and end. That’s the way the story was originally designed. It proved to be extremely popular, and as you can see, more than ten years after that initial release, people are still talking about it.

As a matter of fact, the story was so popular that it won an award in 2004 for the best manga adaptation in existence at that time. Clearly, this is a story that resonated with a lot of different people. Even though it took more than 10 years, the story did resurface. This time, it was in the form of a light novel. Just last year, a film was created to tell the story in anime. There is every hope that all of this renewed interest might lead to additional volumes as far as the light novel is concerned, not to mention at least one more movie release. There are also a number of people that are hoping that it will eventually be turned into an anime series. One of the issues was that initially, there wasn’t really enough material to do that. However, the release of a light novel and hope that there will be more to come might eliminate that concern, making it possible to eventually do an anime series that could last for multiple seasons.

If you’re wondering what the story is about, it’s actually concerning one of the most storied types of events in Japanese culture. It deals with ninjas who are fervently competing with each other for the title of Shogun. It’s set in the 1600s so you have a great deal of history involved with the story, not to mention all of the other things that usually make a story worth telling. You have the opportunity to enjoy dealing with matters of honor and integrity, not to mention that type of competition that exists between two people when there is so much at stake. It’s not just about who can be the best Ninja, not by a long shot. In fact, it’s about who that person is at their core. This is a story that’s all about being better than anybody else out there but at the same time, you have to display those qualities with a certain form of honor and in some cases, that means that you must be brutal in order to maintain that honor. In other instances, it means showing people more compassion than they probably deserve.

Perhaps that is precisely why this story is so popular in the first place. Everybody is competitive to a certain extent but when you take that competitive nature and you combine it with who a person is in their purest form, it becomes so much more important. This is a story that everyone can identify with on one level or another. It’s about being the very best that you can possibly be at whatever you do but more importantly, the story deals with elements concerning who a person is and what they’re willing to do in order to achieve their goals. It’s equally important to note that this also involves understanding what people are not willing to do because in order to live your life with integrity, you have to have those boundaries. This is a story about each person’s individual struggle with those boundaries and that is something that everyone can understand.