Home
TV News
What is the Curse of Oak Island Money Pit Mystery? 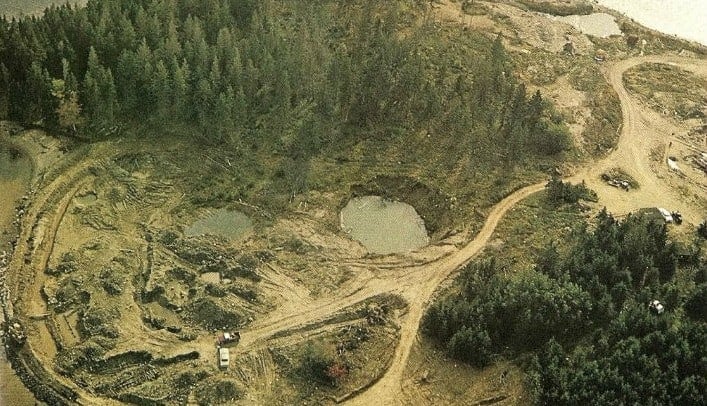 For those who are unfamiliar, Oak Island is one of the numerous islands that can be found off of the south shore of Nova Scotia, Canada. There are various points of interest to the place, but its main claim to fame is the Oak Island mystery, which refers to the supposed existence of a fabulous treasure buried somewhere on it.

Amusingly, theorists can’t seem to come to a consensus on what the treasure is even supposed to be, which is why there are numerous theories with each one seeming more fantastical than the last. For example, the least implausible line of speculation is that the treasure is the buried loot of a pirate. Meanwhile, other lines of speculation have ranged from a collection of Marie Antoinette’s jewels to lost manuscripts that would prove that Francis Bacon rather than William Shakespeare was the one who wrote Shakespeare’s plays. Never mind the theories involving the Holy Grail and more fantastical items besides.

Regardless, while no one can seem to come to a consensus about what is supposed to be on Oak Island, there have been a lot of people who believed in its existence. For proof, look no further than the fact that treasure-hunting expeditions started up in the late 18th century and have continued to the present time, which is why we have The Curse of Oak Island on our TV screens.

What Is the Money Pit Mystery of Oak Island?

Much of the interest in Oak Island is centered on a place called the Money Pit. Theoretically, this is because the Money Pit is believed to be the location where the treasure might be buried. In practice, well, suffice to say that there have been multiple expeditions to Oak Island that have dug deep at said location, which effectively means that there have been a lot of interested individuals who just tossed their money into what amounts to a hole in the ground.

As for why the Money Pit has never yielded anything interesting, there are numerous reports about the various obstacles encountered by the various expeditions that have looked into the place. For example, there are reports about how diggers have uncovered earth, buried timbers, more earth, more buried timbers, and so on and so forth. Likewise, there are reports about how these digs have produced holes that fill up with salt water through unknown means. For people who believe in the existence of the treasure, these reports serve to strengthen their conviction that there is something worth looking for on Oak Island, which is based on the belief that these obstacles are man-made for the purpose of deterring treasure hunters. For people who are more skeptical about the whole thing, well, suffice to say that they believe that there are more reasonable explanations for what has been uncovered than traps that have been built for the purpose of stopping treasure hunters. After all, it is interesting to note that Oak Island isn’t resting on a solid mass of bedrock but rather on a series of natural caverns, meaning that salt water getting to where it shouldn’t be isn’t actually that unusual under the circumstances.

Is There Really Anything There?

As for whether the treasure exists or not, well, suffice to say that proving a negative is impossible. However, considering the fact that multiple expeditions have turned up nothing of importance on Oak Island, the evidence points towards one direction. Could someone find treasure on Oak Island? Sure, but the chances of them succeeding when so many predecessors have failed seem rather improbable to say the least.